Show Time Beetlejuice is a figure I picked up at a yard sale a few years ago, but always wanted as a kid. I loved the movie and the cartoon and had a couple of the toys. I remember passing on this Beetlejuice at first because he didn't have a "normal" head. His standard head is his carousel form and his mini-head his his snake form.  The line didn't last real long and they were out of stores before I could get him. The desirable thing about Show Time Beetlejuice is that it features him in his classic striped suit. The figure also originally came with a little black and white Beetlejuice snake mini-figure/accessory.  I don't have that piece. 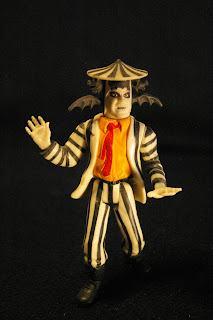 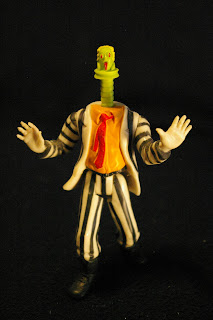 This is the only Beetlejuice figure I display at my house. He's in the hutch in my dinning room with figures from various toy lines. I display him with the head from Spin-Head Beetlejuice, which makes him look more movie accurate. 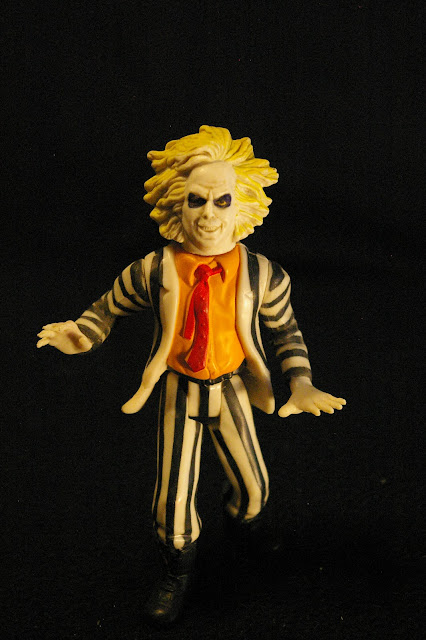 I think I'm going to go watch the movie now... writing this has put me in the mood.
Posted by Buzz Chuck at 9:58 AM