This months Club Lion Force subscription figures have arrived! The Blue Lion and Princess Allura are another excellent addition to the new Voltron line. The Blue Lion is nicely detailed and like the other lions features an opening cockpit that can hold the pilot figure. 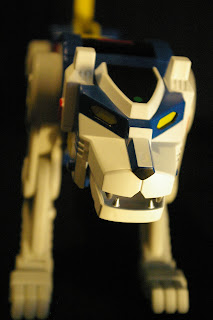 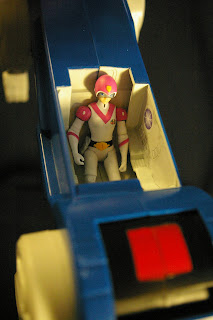 Once again the Lion features a spring-loaded auto-transformation feature that helps turn the Blue Lion back into lion mode from leg mode. I'm still not a huge fan of the feature, but am waiting to see if it interferes with the playability of the full Voltron figure once all the lions arrive. There is a tiny bit of paint wear on my Blue Lion. I actually thought about sending it back. The paint wear seems to have been caused by the plastic straps that hold the lion in his package. 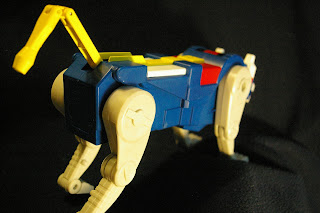 Allura is a nice figure. Like all the other pilots, she comes with both a helmeted and unhelmeted head. she features decent articulation, but the range of motion on the elbows and knees could be better. Like the other figures she also features and non-removable holstered blaster on her hip. 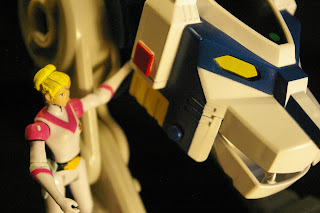 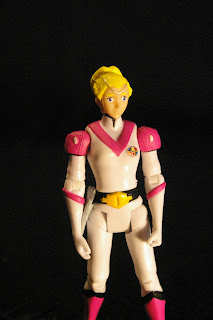 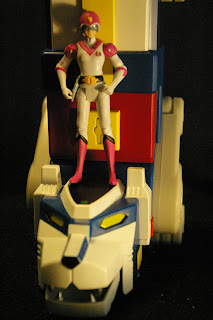 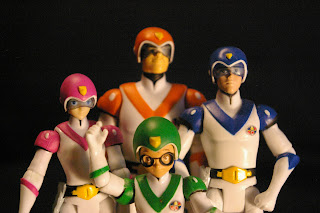 Mattel has done a really nice job of giving the pilots each a unique physique. Hunk being the largest, Pidge being the smallest, and Allura being more petite than Lance. The factory used plenty of glue on Allura's helmet. It didn't break off any of the times I switched her head. So far they have been 2 for 2 with my pilot figures. 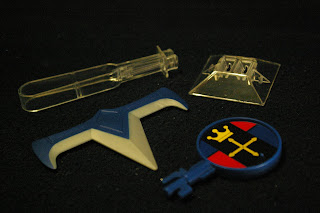 Princess Allura and the Blue Lion also come with a Blue Lion key, mouth blade, and a stand to help display Voltron's sword. Allura included the section of the blazing sword between the hilt and the main part of the blade. Once all the lions are released people will have both a normal sword and a blazing sword and this is the reason for the clear display stand for the sword. 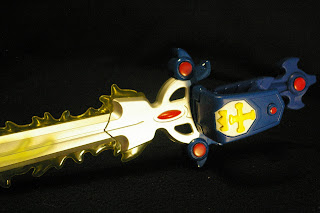 Email ThisBlogThis!Share to TwitterShare to FacebookShare to Pinterest
Labels: Voltron