Temple of Darkness Sorceress was Mattel's traveling convention exclusive. She is a repaint of the standard Sorceress figure. This time she has white and gray paint apps and frosted translucent wings. This figures deco is based on the character's appearance in one of the vintage mini-comics titled Temple of Darkness (Big Surprise!) 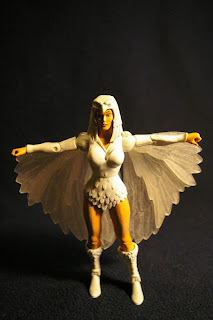 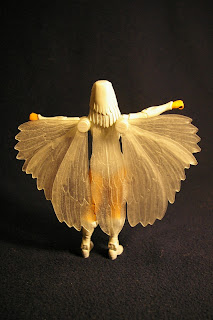 TOD Sorceress came with two accessories. She came with a gray and translucent blue orb holder and a glossy gray staff. The staff came with the other release of the figure and is based on the vintage figure's weapon. The orb holder works with the marble/orb that came with King Grayskull. 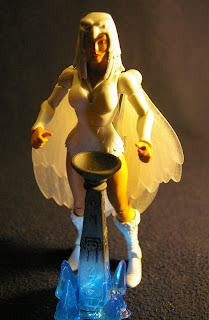 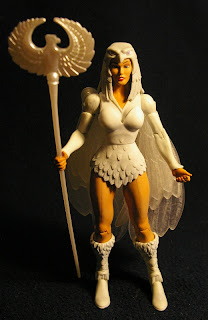 I was not at Power Con or NY Comic Con this year, but she was also sold at an Art Gallery in NY during Comic Con that has a Master of the Universe themed exhibit. They had stock for sale on their website the day after the event they hosted during the con. I ordered her from them. When Mattel's remaining stock was finally listed on Matty Collector she sold out very rapidly. 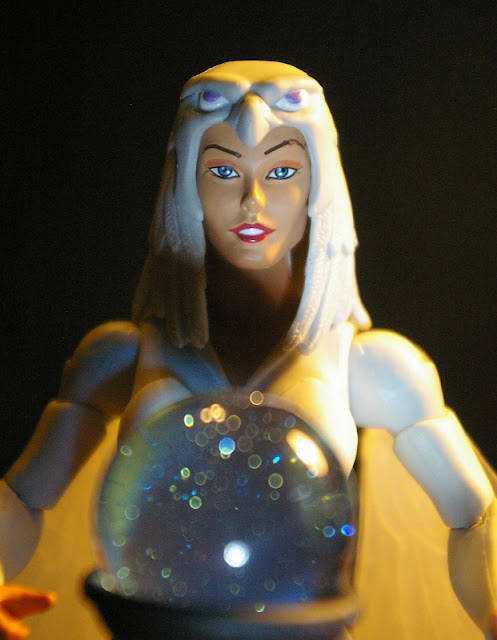 TOD Sorceress was not really a must have for me, but since I had the orb I kind of wanted the stand. I'm hoping the stand will fit in the "Orb Room" of the MOTUC Castle Grayskull to be released at the end of 2013 (already per-ordered). 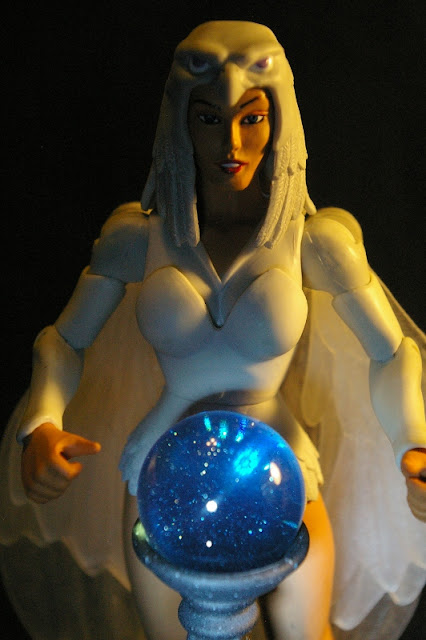