This is the DC Universe Raven figure. This version of Raven is based on her comic appearance instead of her cartoon Teen Titian appearance. Both costumes are similar but have obvious alterations. Mattel clearanced a lot of  products over the summer at Ollie's Bargain Warehouse. This is were I picked up Raven. She's kind of a cool figure, but with her cape in this position, I feel like she's kind of limited. 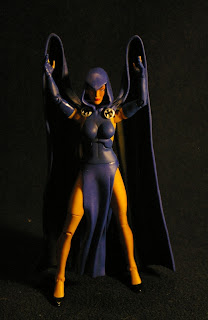 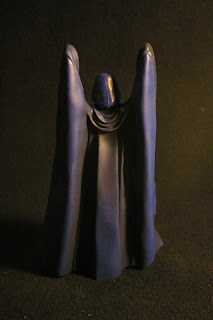 Raven came with a leg to a Collect & Connect figure and a pin feature art of her. 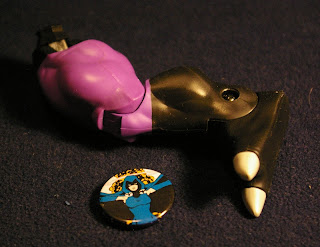 I really have not read very much Teen Titans, but I am familiar with the character based on the 2000's cartoon show. In the show the characters are much younger. Raven is the only DCU Teen Titan figure I own. 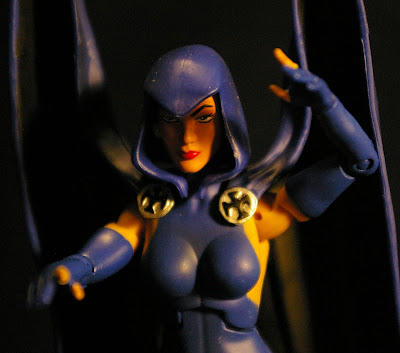