In the 90's Legends of the Dark Knight features stories set during Batman's first year on the job. "Year One" was always ten years in the past from current continuity, so that way the stories could be more modern. The writers on the book cycled through doing short runs of three or four issue story arcs. LotDK issues 146,147, and 148 contained a story called BAD.

In the first issue of BAD a little kid looses his toy rocket ship, "the Comet Buster" down a storm drain. A large hulking man helps out the little boy and they become fast friends. It's obvious the man is a simpleton and seems very innocent. The when someone passing by knocks the rocket out of the boys and and destroys it the simpleton goes berserk, releasing the bad within him. 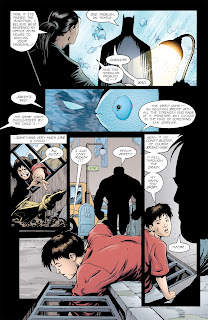 This three part story came out in 2001, while I was in college. One weekend while I was home from school I was at my buddy Derek's house. We were working on our stop-motion animated show, Animation Creation. We had the video camera out and a bunch of toys laying around that we were animating with. My buddies Dad, Doug Moench, walks into the room and tosses me a copy of the newest issue he's written. Doug starts to laugh looking around at all the toys on the floor and says, "I needed to give a kid playing with a toy a name, and I thought who else...Kevin."

I was super excited to have a "throw-away" character named after me. The little kid Kevin is important in the set up of the story. He helps establish the brute Jordy as a nice guy and a simpleton under normal circumstances. After that he's hardly in the rest of the arc and odiously never heard from again in the comic book continuity.

Not to long ago I saw a page of original comic art online by Barry Kitson from the BAD story line. It got me kind of thinking about how I'd love to own page 4 of issue LotDK 146 where the little kid say his name is Kevin. So I reached out to Barry online and he put me in touch with the fellow that sells his art for him. It turned out that he had the page as well as some other from the issue. I ended up spending the Christmas money my Dad gave me this year to buy up the pages that feature Kevin. 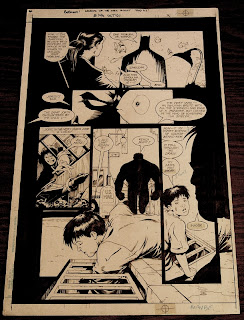 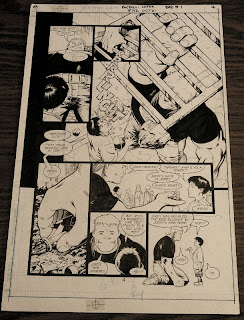 Page 3: The only one in the part of the story to feature Batman. Kevin is
trying to reach down the drain.
Page 4: Jordy helps Kevin get his rocket back and the two introduce themselves. 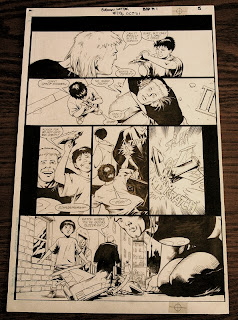 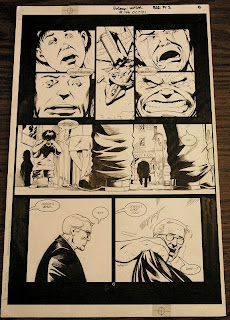 Page 5: A happy moment is quickly ruined as a person walking by rudely bumps into Kevin.
Page 6: The toy is ruined and emotions run high. 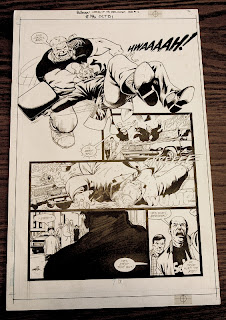 Page 7: Jordy goes berserk and gives the rude man a little more than he deserved. 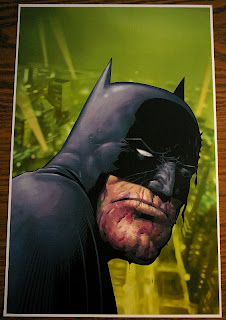 I also got a few other goodies to go along with my orignal art. Pictured to the left is a promo art proof printed for a convention Barry was at around the time BAD was released. It's the art from the 2nd issue of BAD. The colors are a little brighter than on the final cover. I've always loved this image.


I was also given a sketch of the cover design for the first issue of BAD. You can see the Barry was going to include Kevin on the cover of the first issue. There is a little note from the the editor (I assume) that says "loose the kid". 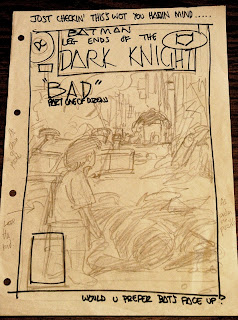 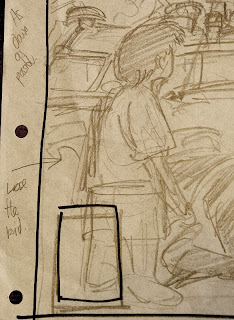 I just love these pages. I haven't quite figured out how I am going to display them all. I'm not sure if  I should just fame page 4 or if I should make a larger display with all of them. I'd like to show them all off, but framing all of them will be expensive and take up a lot of wall space.  As a collector I do like to be able to see as much of my collection as possible. Why have it if you can't enjoy it. Living by that theory puts space at a premium. 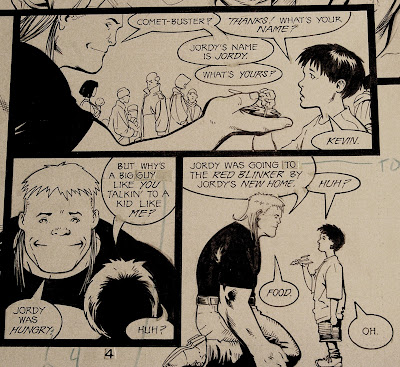