I heard that they were going to be releasing new Ooze to use with the modern Ninja Turtles. I wasn't really excited until I found out the slime came with baby turtles. Now I've got to get it. Four tubes later and I still need to buy more because I wasn't good at figuring out who was in each tube. I need to buy another tube and look real carefully to try to find a Michelangelo. 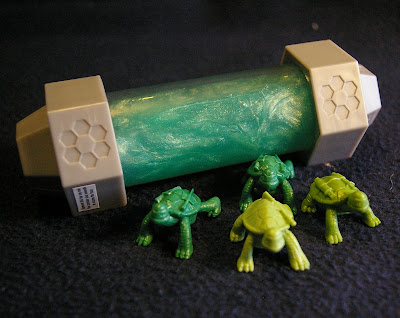 The Oooze is fun and the baby turtles are awesome. I recently bought a little "flip" cam made by Vivitar. I was hoping it would be useful for video reviews, but the sound quality is terrible. I don't plan on using it for future reviews. 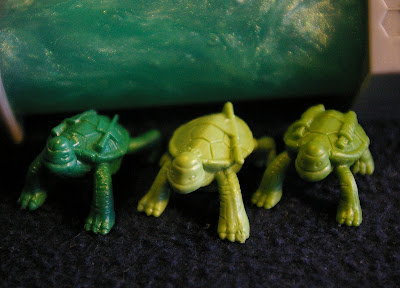 I went back to Toys R Us and carefully looked at the tubes and bought more Ooze. I made sure this one had Mikey in it. I also learned you can open the tubes without taking the screw out. In Sean Long's review he showed that you can just pop the top off. This just proves that us collectors will waste money on this kind of stuff just to get the mini-figs. I've now bought 5 tubes of Ooze at $8 bucks a piece to get four little plastic turtles. 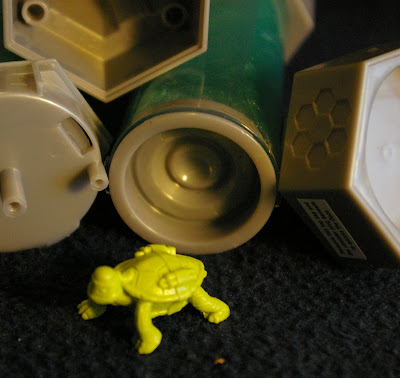