Netossa was the January release from Matty Collector in 2013. This figure kicked off the year adding diversity to the line in several ways. This beautiful Princess of Power figure helps fill out the ranks of the great rebellion. Netossa was a vintage PoP figure and appeared in the Filmation She-Ra cartoon. There was much controversy over Netossa's accessories. She came with a repainted She-Ra shield and a rubber net cape. Many fans were annoyed that her cape counted as an accessory for this figure. 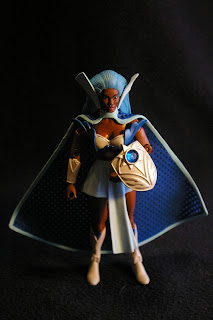 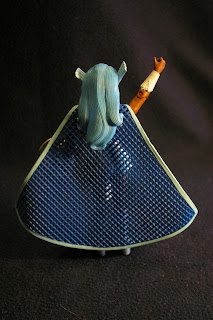 Netossa ready to trap her prey! 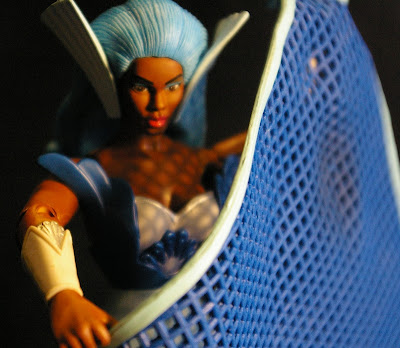 My Netossa's neck cracked when I popped her head off to take the photo of her without the cape. It's a minor issue so I didn't send her back. I'm also not really a big fan of the figure so it didn't really care that much. It's not that there is anything wrong with the figure, I just don't have any real interest in the character. I would have passed on this figure if she wasn't part of the subscription. 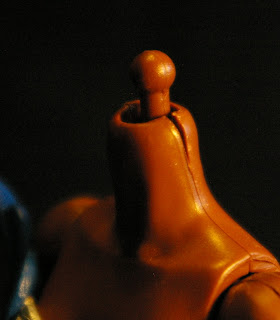