If you are a regular reader you know I recently took some pictures out in the snow. I'll be sprinkling them in posts once an a while. Today I'm taking a look at Snow Job v1. He's one of the first environment specialists to join the GI Joe team. Snow Job has a nice sculpt with pouches all over. He has nice details in his beard and the fur around his hood. His uniform is almost entirely white as one would imagine for a snow trooper. He does have a few back details and some brown straps. 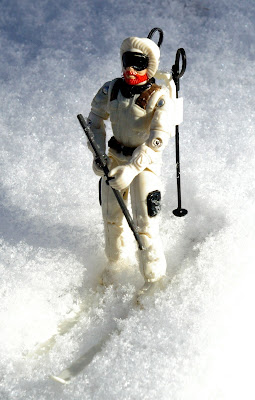 Snow Job came with an impressive set of accessories for 1983. He came with a rife (which would be the standard gun for all the Joes in the cartoon), backpack, skis, and ski poles. His backpack had the ability to store the poles and skis. 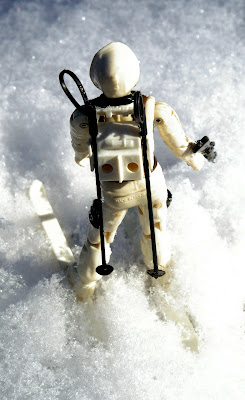 Here is a photo of Snow Job competing in the Biathlon at the 1980's Winter Olympics. 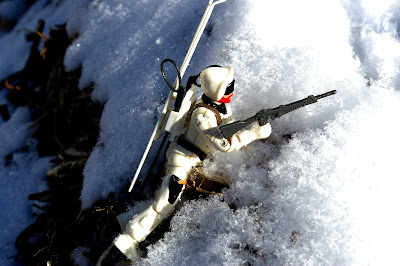