Darth Vader, one of the greatest film villains of all time. This is a figure every boy owned in the late 70's and early 80's. It's a classic. I always wished he had just a little more bulk to him, but how can I really complain? For the time of his original release he's action figure perfection. 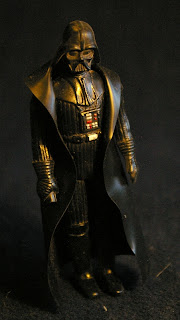 I was born in 1982, so by the time I knew what Star Wars was the toys were out of the stores. I thought his name was Dark Vader when I was in first grade. I didn't see Star Wars until I was in 2nd grade, and then it change my life and became an obsession. So my Vader was probably bought 2nd hand at a local comic shop, but I'm not sure. I never had his lightsaber so he was armed with a red toothpick from my Grandmother's house. That toothpick is still more intimidating than the piece of plastic he came with, but it doesn't retract. 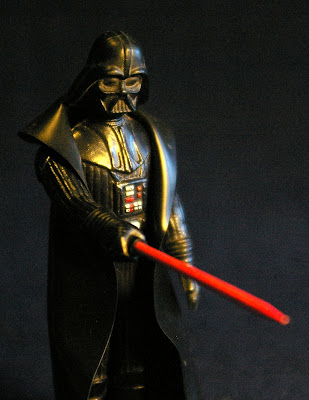