When I got home from work today I found my GI Joe Collectors Club member's exclusive figure in the mailbox. This year's figure is Iceberg. This is the third year in a row where the club has made a 25th Anniversary style figure of one of the vintage figures that was never produced in the Anniversary line. Previously whey released Dial-Tone and Footloose. While Iceberg is alright, I'm not as happy with him as the past two. His head sculpt is perfect, but his body is a little weird to me. The Snow Serpent fur collar is kind of bulky. It makes his shoulders look huge compared to his waist. It's not as obvious in the pictures, but in person his hips are kind of funky. His legs stick out far from his waist and he doesn't stand very well. 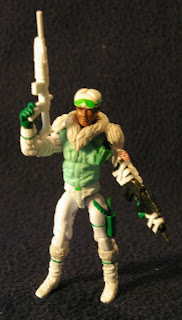 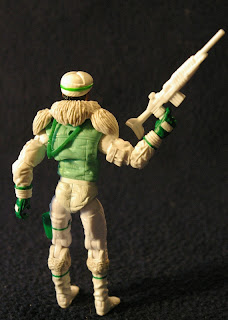 While his uniform is modeled after Iceberg V1 his accessories have a lot of nods to V2. The original Iceberg only came with one very long barreled white rifle. The second release of the character came with a snow board, a spring loaded missile launcher, and couple of guns, and a couple of knives. 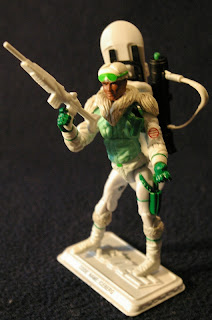 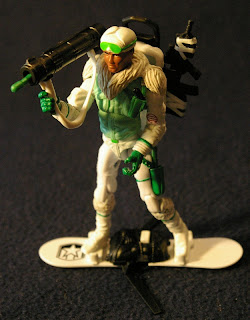 Collector's Club Iceberg came with a file card, snow board, missile launcher, missile, knife, two guns, a two piece backpack, and a figure stand. The backpack when clipped together can hold the snow board and missile launcher. Iceberg has a working sheath on his leg for the knife. 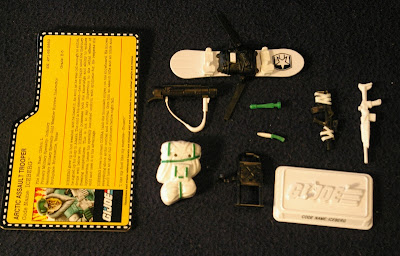