Today's post focuses on two more animation cels from He-Man & the Masters of the Universe that I plan to donate to the Toonseum. Both cels come from episode MU 42 called "Double Edged Sword". In the episode Man-At-Arms is looking for a piece of gemstone that is used as a power source. A young boy named Chad who is trying to learn how to use a gun so he can fight in the royal guard discovers a piece of Eternium while missing his target. His grandfather contacts King Randor because he knows the Eternium is rare. The boys Grandfather isn't a big fan of fighting and teaches Chad about power and fighting.
. 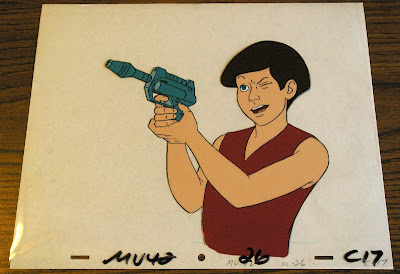 Here is the cel and pencil drawing of Chad taking aim. 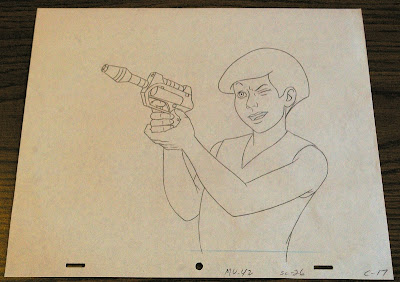 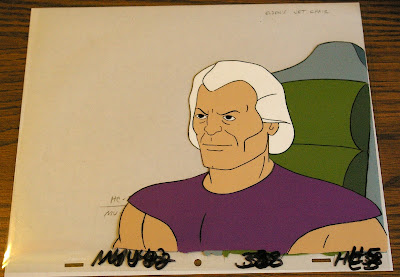 Grandpa is actually made of three cels. His head, torso, and chair are all seperate drawings.
The pencil sketch of his hover chair is pictured below. 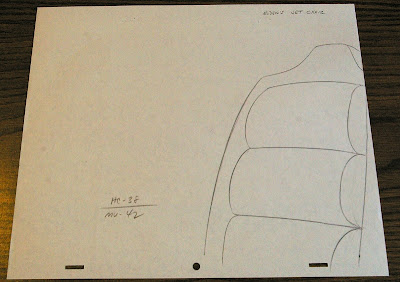 Lou Scheimer, who was the head of Filmation thought it was important to teach children about right an wrong with his cartoons. Many of his shows like He-Man and Brave Starr included lessons at the end of the episode. There is a gallery at the Toonseum named after Pittsburgh native Lou Scheimer and if they ever do an exhibit focusing on Lou's desire to make the world a better place through cartoons I hope they display these two cels.
Posted by Buzz Chuck at 8:09 PM