I decided to post about Whiplash as a follow up to my brain storming about an Iron Man 3 toy line. I bought Whiplash at Ollie's Bargain Outlet a few weeks ago. He's based on his appearance in the fight on the race track scene. He has his jumpsuit open revealing his power harness. He comes with stiff plastic whips that are pre-posed. His sculpt includes tons of small details. 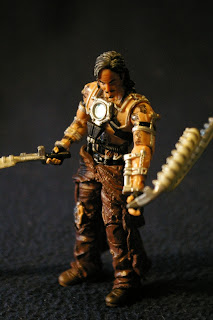 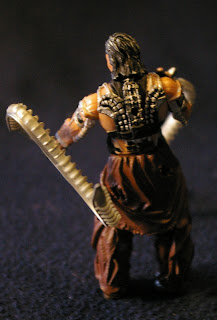 Check out all the little details on his arms and torso. They really did pack in all sorts of wires and braces. His whips are so heavy that his wrist articulation tends to pivot when I don't want it to in some positions. 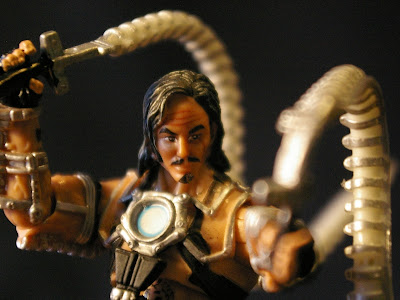 The head sculpt on Ivan is pretty good from certain angles. I also really like the way his jump suit hangs down around his waist. The paint apps on Whiplash are really clean. No bleeding or anything. The only little change I would have made if I was a designer would have been to make the whips out of a bendable material. 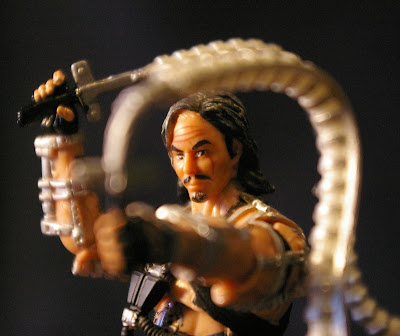