Zodac is one of the more mysterious Masters characters. He was originally packaged as being an "Evil Cosmic Enforcer" although the "Evil" was eventually dropped from the package. He was frequently used as a "Neutral" character in comics and cartoons, leaving many He-Fans rather confused. The character has Skeletor's claw feet and arms and Beastman's hairy chest. He's molded in a standard flesh tone. Zodac wore a red and grey helmet and removable armor. His sculpt used many "evil" parts, but he would be the only "human" villain based on the flesh tone in the early stages of the line. 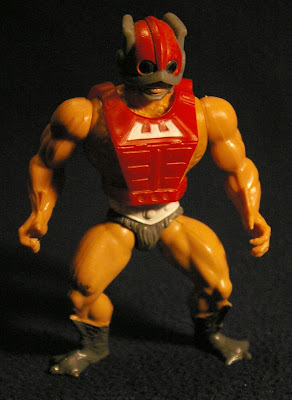 Along with his armor, Zodac also came with a blaster weapon which I am missing. In the cartoon he was seen riding a floating techno-chair. I frequently used the thrown from Castle Grayskull as his vehicle when I played with him. Even though he was supposed to be neutral he seemed to always help the heroes in the cartoon, so I always made him a good guys when I played with him as a kid. 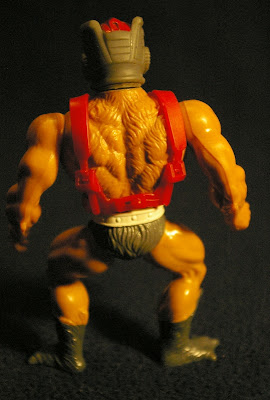