Today I'm taking a look at two different Batman Beyond figures. I'm not sure if the have specific descriptor names (like Lightning Strike or Laser Batman). One time several years ago, my mom picked up a plastic toy box someone put out for the trash that was full of 90's boy toys. There were several Power Ranger toys which I traded to a toy reseller for some Star Wars toys and a bunch of Batman Beyond stuff. 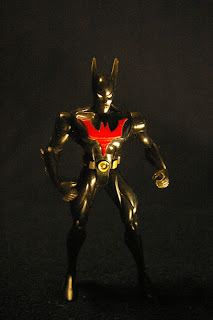 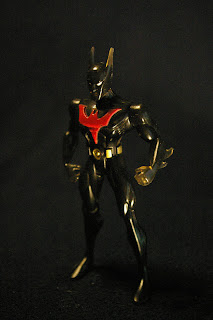 The first version of  Batman looks pretty much like he does in the cartoon show. He is molded in a dark smokey black plastic. This gives him and interesting look. It's most noticeable at the tips of his bat-ears and left hand. It almost looks like he's coming out of stealth mode. 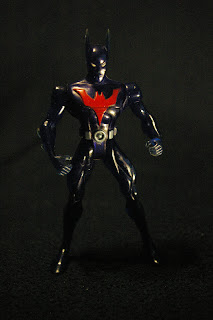 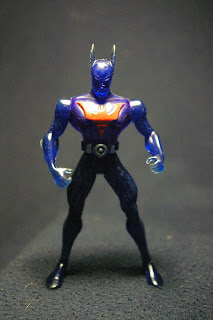 The second Batman uses the same mold but is cast out of blue translucent plastic. I'm not sure what the reason for this figure was. Once again, toy companies make dozens of versions of the main character to fill out wave after wave of villains and supporting characters. I photographed him in my normal lighting and one in extreme lighting that shows off his blue plastic. 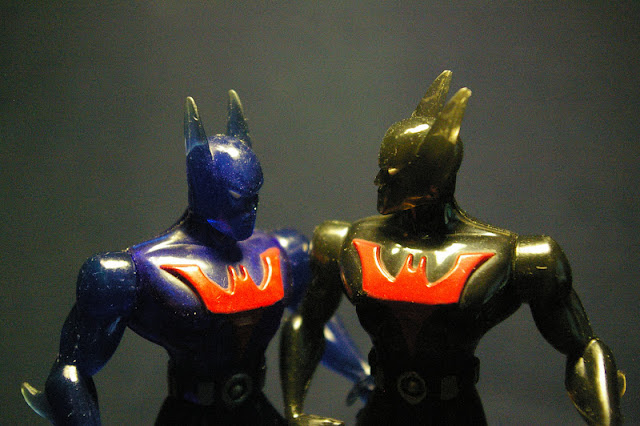