In the early 90's when the Universal Monsters had a big come back, around the same time as Monsters in My Pockets were big, the old Marx Monsters were re-released. This time in a fancy box labeled "Monster Studio". This set contained all six classic monsters and a set of paints. As a kid I used to spend hours at a local craft store. My mom and my sister would be buying rubber stamps or cross stick kits. I would always walk around the model kit department. 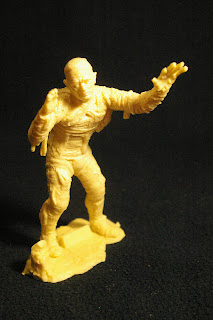 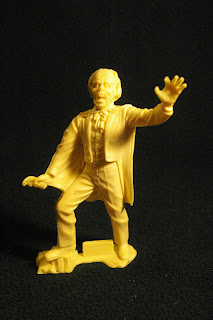 the Mummy and the Phantom

One time I saw this set, and I had to have it. I didn't know anything about the Marx Monsters of the 60's at the time but I was really into monsters. My buddy Derek and I played with Monsters in My Pockets all the time and were researching monsters at the public library. We were collecting Universal Monsters stickers that came in bags of Doritos chips (or some other food). It took some convincing but my mom eventually let me get them. 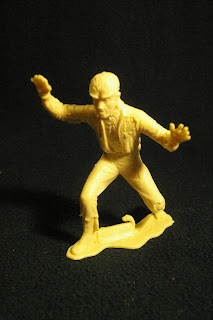 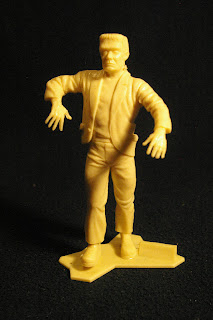 The sad part is I never painted them. I always wanted to but never got around to it. I was kind of scared to mess them up as a kid. I was worried I wouldn't be able to do a good enough job. I was also worried about the paints that were included. The didn't seem real great. It was almost like a tray of water colors. Years later I was going to paint them with Citadel paints (my paint of choice for most things). It still never happened. Then for about two years I went though some major vision issues and didn't do much painting. Now that I'm doing pretty well again and I may have to spray these guys with primer and get to work. 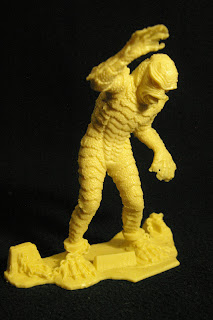 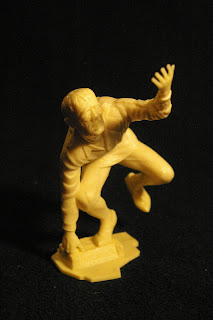 Creature form the Black Lagoon and the Hunchback

The Frankenstein figure is my favorite of the set. He's very tall and just has a nice sculpt. I've always had a soft spot for the Hunchback after playing him in an elementary school talent show production of the Monster Mash. The Creature from the Black Lagoon has some weird flashing (extra plastic) on his hands. I always wanted to try to clean them up with a small file if I paint him. I guess I need a reference photo of the 60's release to see what the hands should be like.