Back when the only Clone Wars cartoon was the 2D animated version (that looked like Samurai Jack), I wanted to create a Clone Wars stop motion series or web comic. Another one of my plans that took so long to accomplish, it never happened. As a result of this idea, I collected many versions of some of the main prequel characters. I wanted my story to span the distance between Star Wars II and III. I also wanted to include some flashbacks that would take place before and after Episode I. So, below is the collection of Anakin Skywalker figures I collected to help portray the character throughout the story. ( I have had many major project ideas and some of them have taken forever to complete, like Action Figure Adventures: the series) 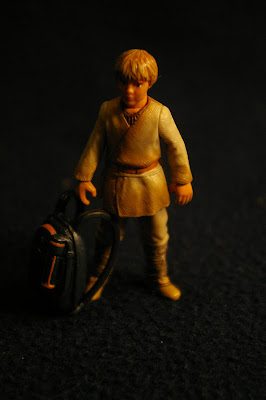 First we have "farm boy" Anakin. This version would be used occasionally for flashbacks to his life before entering the Jedi order. I also wanted to make sure one part of the story involved Anakin and Obi-Wan in a really bad situation and use a flashback of each of them talking to Qui-Gon during the time of Episode I to help them get out of the predicament. 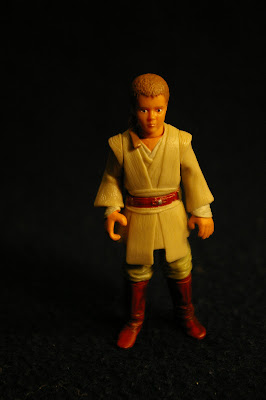 This young Jedi version would be used in a flashback to show Yoda training Anakin with other young-lings. As well as one of the first times Obi-Wan takes Anakin on a mission. I thought it could give him good depth to show how he acts around other young-lings. 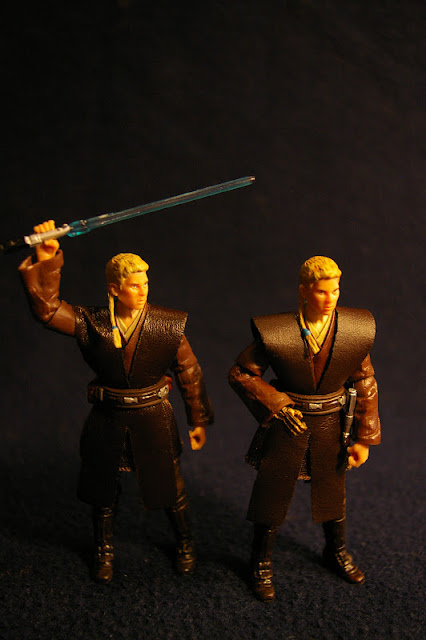 Here we have Anakin around the time of Episode II and the beginning of the Clone Wars. I got one of these figures from the Evolution pack. The same figure was later reissued in a Wal-Mart set that came with fancy tins. I love that the flesh hand can be replaced with a robotic one, perfect for the project I planned. 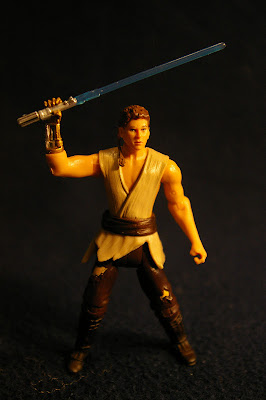 This battle damaged Anakin came in a Clone Wars inspired battle pack. The figure is a nice (non-cartoon) version of the character based on a scene from the original cartoon mini-series. I planned to us him in the story somewhere along the way. 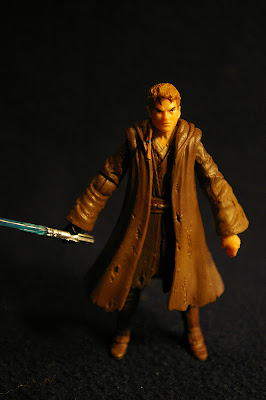 Yet another battle damaged version of Anakin. This time he came in a comic book pack inspired by the Clone Wars comics, which I enjoyed.  I'm not sure if I would use both this figure and the previous one in the same segment of the story, but I wanted him to do a lot of kicking ass and taking names and that results in a lot of battle damaged scenes. 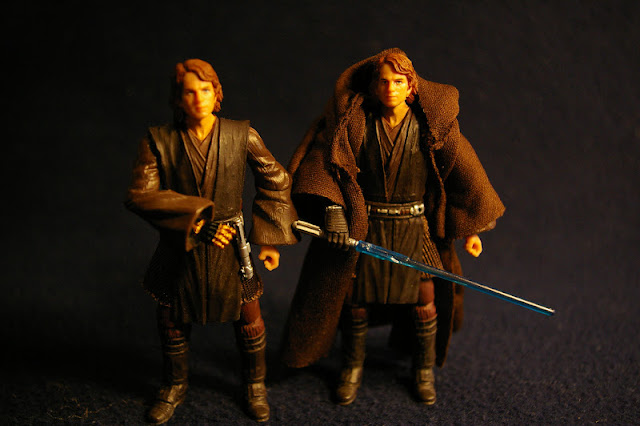 As we get later in the Clone Wars and then if there were any parts that took place between scenes in Episode III this figure would have been used. Just like the Episode II Anakin, one figure came in the Evolution set and then the second with a Wal-mart tin pack. I really like the mechanical hand and had planed to show it off a lot in my story. I understand Lucas not wanting every frame of his hand to be an effects shot, but in the cartoon and in my story I'd love to see the hand un-gloved  a lot. This Anakin figure is one of my all time favorite prequel figures. The only thing that could really be improved would be to have nicer elbow joints. This figure came out when Hasbro was using the mitered (angled) elbow cuts that could look bent or straight. They aren't as functional as the more modern ball elbow joints. 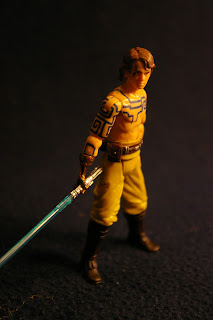 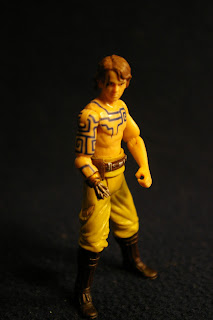 Here is another realistic (non-cartoon) Anakin figure based on a scene in the first Clone Wars cartoon series. I never could figure out how I'd use him in my series with the weird tattoos. I like the figure a lot. I especially like his mechanical and and broken mechanical stump. 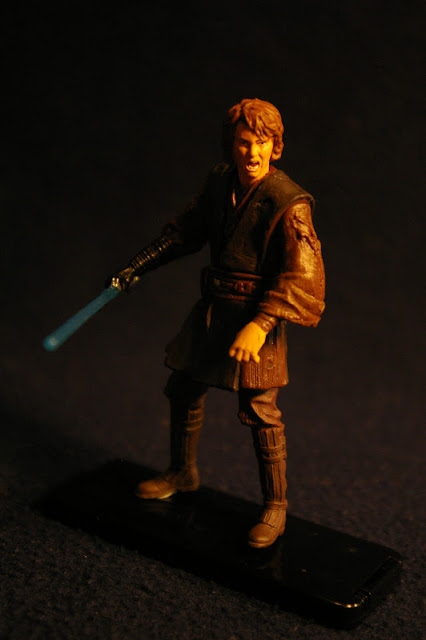 This last figure is technically Darth Vader, but I thought I might use him in the series as a battle damaged Anakin from the later part of the Clone Wars. This figure does not have very good articulation. He was a pack-in with the Mustafar play set. His shirt has a few nice rips, but they are a little hard to see.
Posted by Buzz Chuck at 7:17 PM