Iceman has always been my favorite X-Man. I like the "popular" X-Men like Wolverine and Gambit as much as everyone else, but Bobby Drake is my all time favorite. I had to wait through pretty much three entire X-Men movies to see him ice-up. As a kid I had the Toy Biz figure and loved him. When I found out they were making a Marvel Universe version I had to have him. 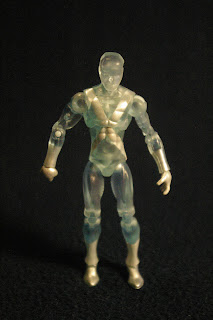 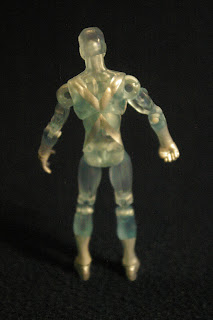 I had a hard time finding him, and sort of gave up hope. Then one day a couple friends of mine took me out toy hunting (still don't have my license back yet) and I happened to find him at Toys R Us. I was so exited! 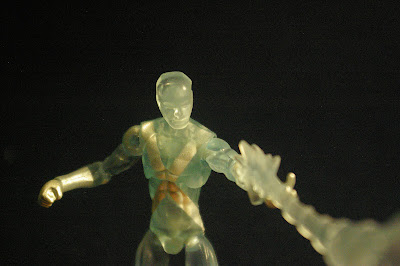 He comes with the standard spiral blast effect in clear plastic that many Marvel Universe figures have. He is made mostly of clear/light blue plastic with some silver details on his  gloves, boots, and the 'X' on his torso. As usual this Marvel Universe figure is made up of mostly reused parts, but they work well.
Posted by Buzz Chuck at 11:49 AM