The Gorilla Alien is one of the Aliens toys made by Kenner in the early 90's. Many of these toys, although based on the movie, were not featured in the movie. Most of the Marine (good guys) looked nothing like they did in the movies. All the Aliens in the first two movies looked the same, except for the Queen. The Gorilla and Bull Aliens were designed for the toy line.

The Gorilla Alien features long gorilla like arms. There are bones sticking out of his back that allow you to open and close his hands. His head is also made of soft hollow rubber. This can be used to suck up, and spray water. This alien also came with a little plastic face hugger accessory included with the alien.

The Gorilla Alien is the only Alien from the first wave I didn't own in the 90's. At one point in college a friend of mine game me some action figures he had at his parents house and this Alien was one of them. 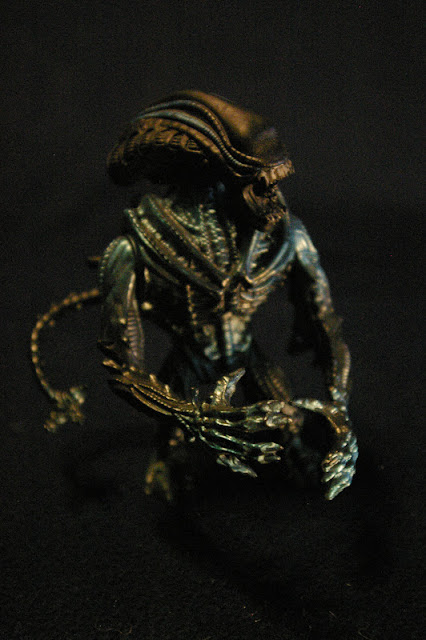