I previously posted an overview of the Secret Wars toy line, but today I specifically want to take a look at the blue & red costumed Spider-Man figure from the line. Spider-Man has always been my favorite Marvel hero. I however did not get him when the line was in stores. In middle school after taking a brief break from toy collecting I picked up a really beat up Spider-Man figure. I loved that he was close to the same size as GI Joes and other toy lines. I liked using gray silly putty to make web lines for him. Unfortunately he was so beat up and loose he could not stand on his own. Later on I picked up a really nice version of the same figure. When you check out the pictures you can see how worn out the first Spider-Man was. He almost passes for a battle damaged version.

He's a nice figure, but has limited articulation and paint apps. For a figure of his vintage the articulation is easily overlooked, but the gaps in his webbing on his outfit  (like on the inside of his gloves) do take something away from this figure. 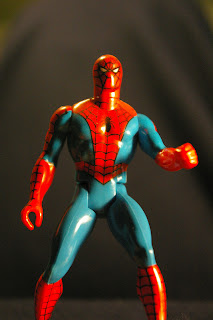 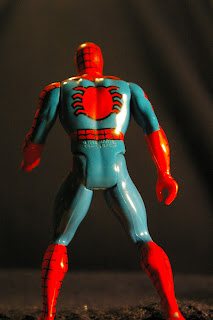 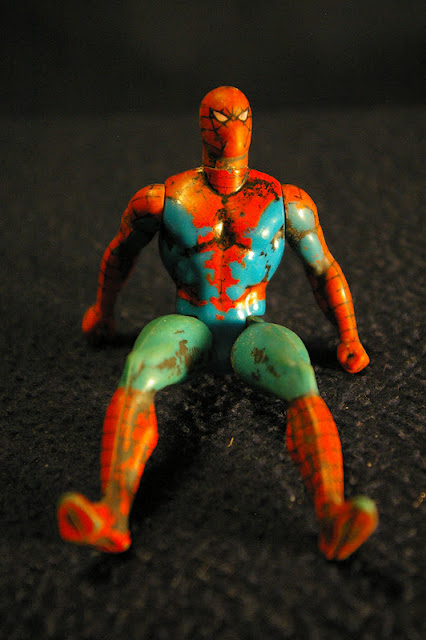 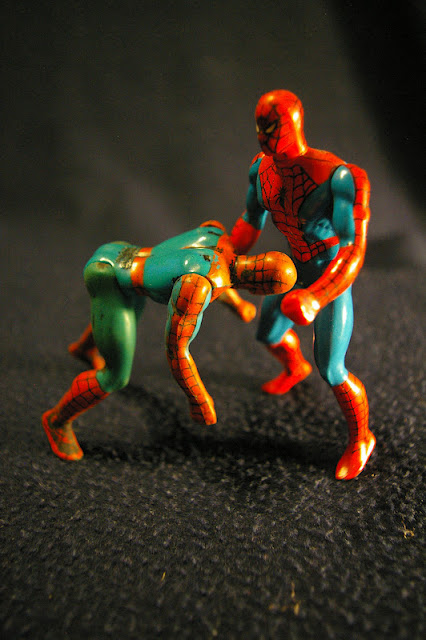 I used a fine point sharpie market one time to draw in the webbing
that was missing on the really beat up Spider-Man.
Posted by Buzz Chuck at 4:33 PM