I have been customizing GI Joes since I was about 10 years old. Some of the figures I've made I am proud of and others I have know idea what I was thinking. After creating dozens of new characters and attempting to create character from the comics, I was looking for a new direction. There are many GI Joes with specific environmental training, but I always wanted versions of some of the classic characters in gear suitable for specific battle scenarios. I also try hard to make custom figures where I don't have to paint their joints. This prevents chipping to give them a nicer finish. 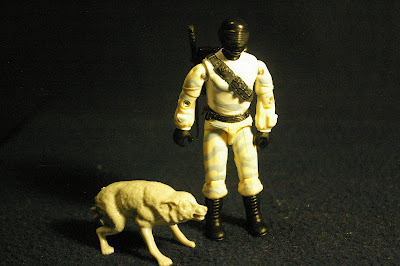 Arctic Snake-Eyes & Timber
I picked up a Snake-Eyes v2 Head and Torso from a toy reseller. I mixed those parts with Frostbite v1 arms and legs. I painted his shirt white, and gloves black. I added light blue tiger stripes to his outfit to hide the badge on Frostbites arm and break up all the solid white.
He is complete with v2 Timber, backpack, and sword. 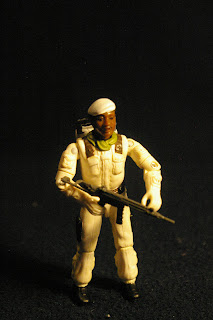 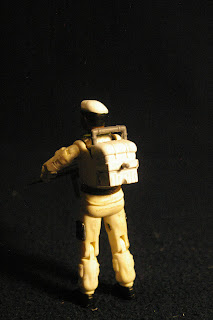 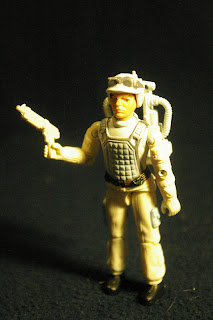 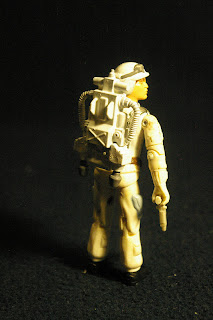