Wow, the Black Lion has finally arrived! The Black Lion was always my favorite as a kid. Its the biggest, has wings, and forms Voltron's head. This lion is massive and very cool. Like all the other lions in this set his awesomeness is slightly hindered by his spring-loaded features that limit the ability to pose the figure. 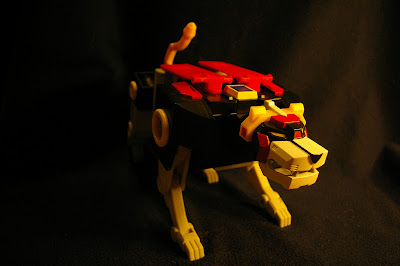 Unlike the other lions, Black's mouth is spring-loaded so it snaps shut. This is because of the auto-transformation feature.  So I couldn't take pictures of the lion with its mouth open. The lion's tail has several articulation joints. The sculpt and paint details on the Black Lion's head are very nice. The head is black while the muzzle is light gray. There are some nicely painted red and yellow details included as well. 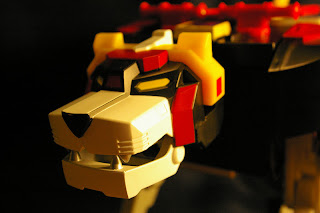 Like all the other lions, Black Lion comes with its pilot Keith. Sharing the same body as Lance, Keith is exactly as one would expect. Nicely paints and featuring just okay articulation. I'm still a little disappointed with these figures. Their knees and elbows just don't have the range of motion I want. He comes with both a helmeted head and his classic anime mullet head. Like all the pilots Keith comes with a key / figure stand and a piece to the Blazing Sword. Also pictures is the mouth blade that is included with the Black Lion 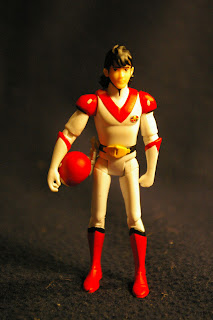 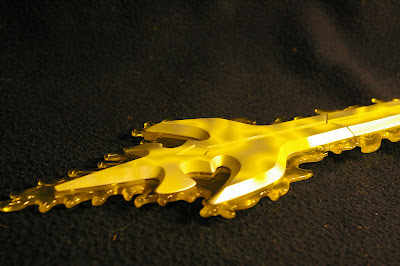 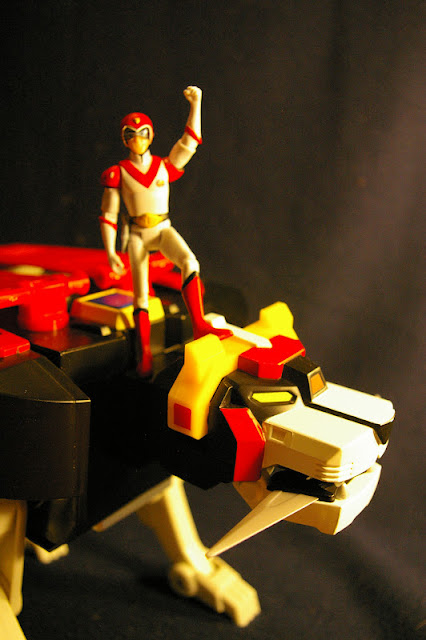 Once again, the key can open the cockpit in the back of the Lion. Keith fits nicely inside the lion. Make sure you carefully move the wings out of the way when you open the cockpit. 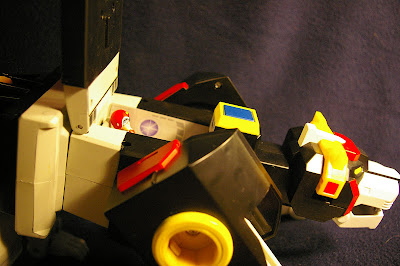 After I opened  up the lion and checked out his articulation a little bit I had to form Voltron. There are a dozen or so joints that must be manually manipulated and then one touch button performs the head transformation. As I was making all the adjustments to shoulders, knees, and paws I discovered there is something wrong with my Black Lion. 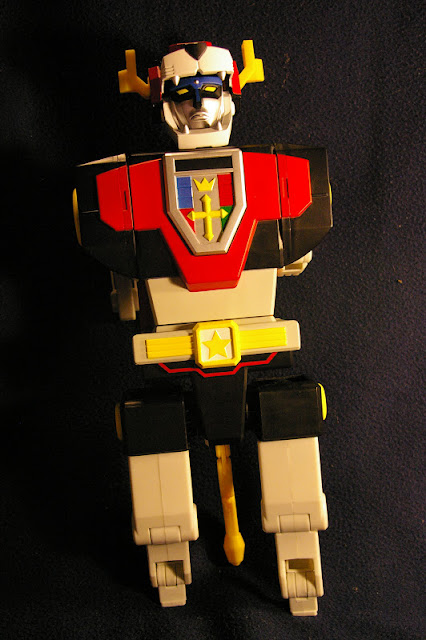 His one front leg, which folds up and rests on his back as Voltron will not lock into place. Many of the spring-loaded lion legs pop out of place easily, but this leg just never locks in place. 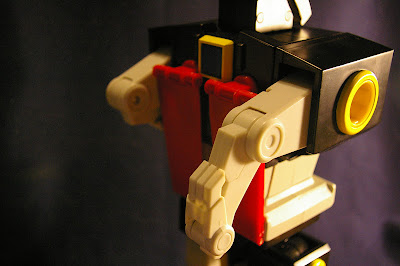 So I started compairing the two different legs and at the base of the gray leg where it connects to the black shoulder, the leg that will not lock has a strange piece of black plastic. I can't tell if it's broken or miss formed, but the feature doesn't work correctly. From the front of Voltron it is hard to tell that it isn't folded up right, but it does get in the way of his wings a little. 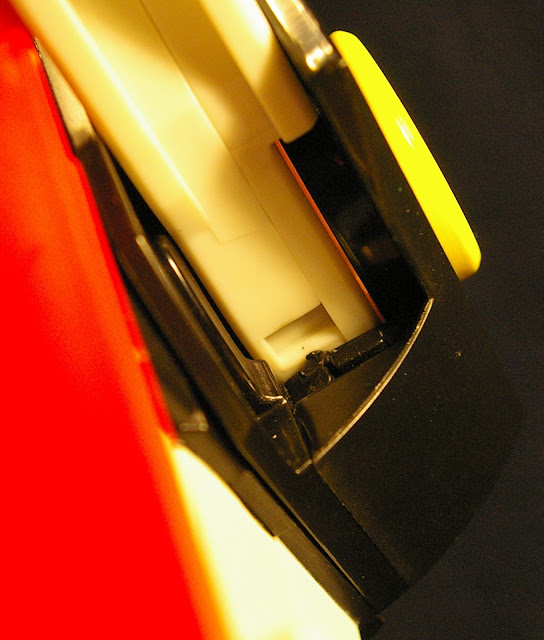 For a $65 toy it should work correctly.. Mattel Customer Service told me they were emailing me a return label. I haven't received the email yet. Pictures of the full Voltron coming soon. I'm a little nervous that I mail this lion back and somehow never get a corrected one.