Imperial made Godzilla and King Kong toys in the late 80's. One of the lesser know monster figures they made is this strange version of Gigan. He has some of Gigan's identifying features, like his beak, back fin, and saw blade in his stomach. But other features are very different. This version has two separate eyes instead of a visor. He also has two tow and two fingers. In the movies Gigan had giant sickle blades for hands. Even the back fin is a off because the movie version has two fins next to each other. 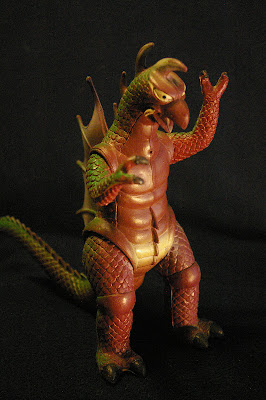 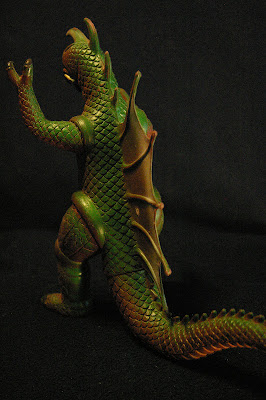 I actually bought this guy in third grade at a yard sale we had in class where everything was purchased with reward bucks we got for doing a good job. It was kind of fun. I bought the GI Joe character Sci-Fi the same day.
Posted by Buzz Chuck at 5:07 PM