This is it. Last chance to get in on the final year of the Masters of the Universe Classics toy line. I know the figures aren't cheap, but this is up there with some of the greatest toy lines ever made. If you not into He-Man or figure Subscriptions... not problem. If you want these figures now's your last chance to pre-order them. If Mattel doesn't get enough pre-sales they will cancel the MOTUC line a year early and we will only get a few quarterly releases instead of 12+ figures in 2015. I'm so nervious it might not go through I ordered a second subscription to help with the final push. 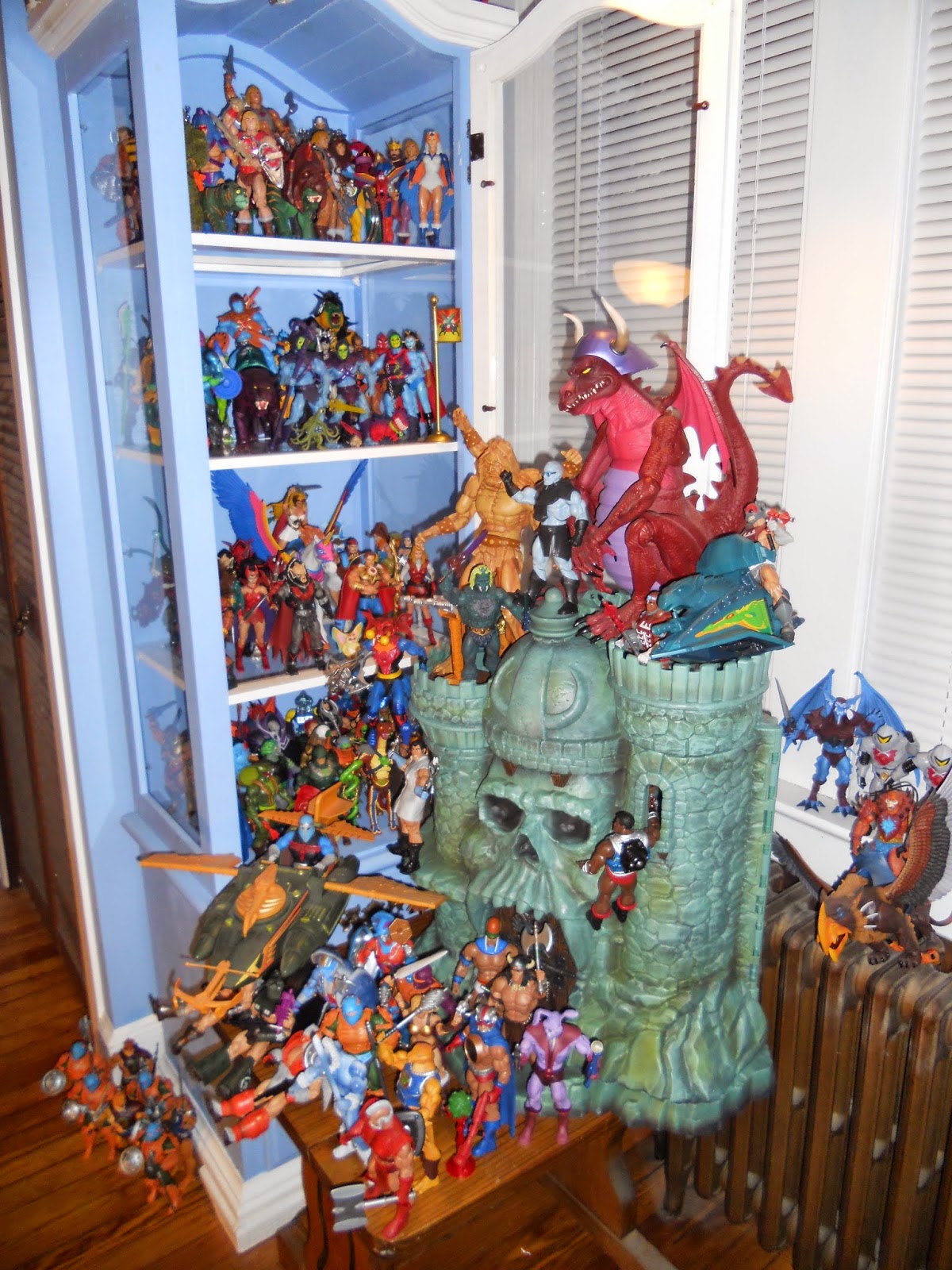 This photo shows most of my Classics collection, but not quite all of it. A really solid line and some cool releases yet to come. If you are interested head over to MattyCollector.
Posted by Buzz Chuck at 4:13 PM