A while back I posted about the regular Batman figure from Mattel's DC Multiverse line. When I got him I was also dying to find the Unmasked variant. It took a while, but I eventually found him. Then I never really got around to posting about him. He's the same figure with a different head. This time he's got a Michael Keaton head, and it looks pretty good for such a small sculpt. His eyes might be a little off, but I think you can tell who he's supposed to be. 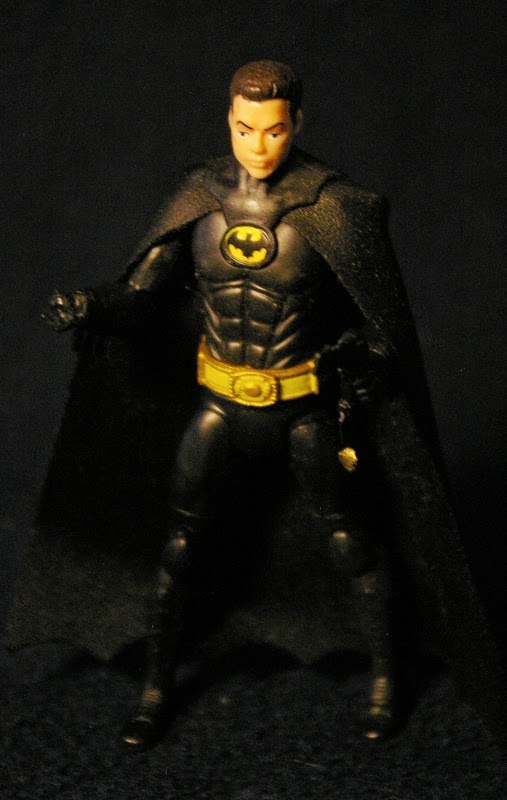 So, you could either use this figure as Batman hanging out in the Batcave trying to solve crimes with the Bat-Computer or perhaps you could recreate a scene from Batman Returns. Anybody remember when Batman uncharacteristically ripped off his mask to reveal his true identity? Yeah I can't forget it either. 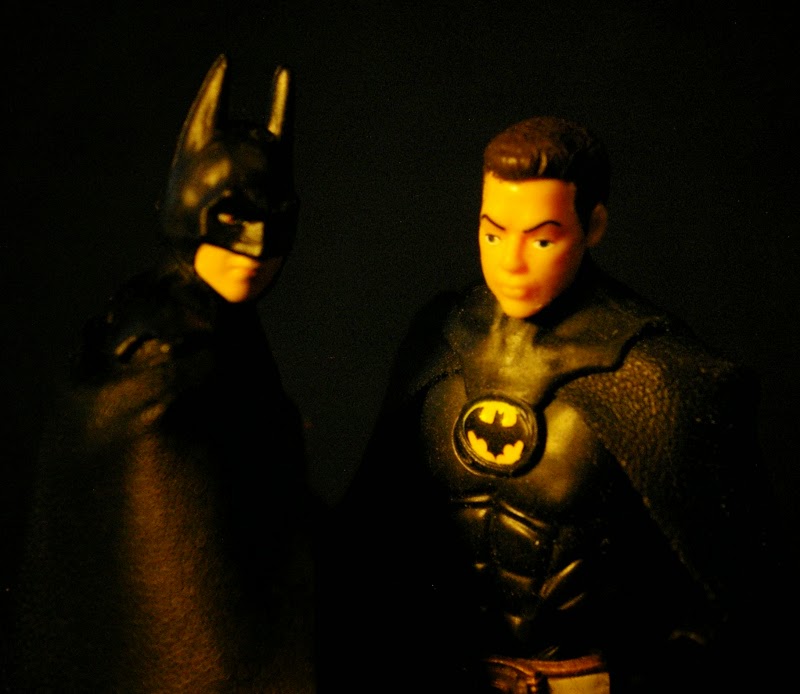 His cape, like the original is nicely textured to look almost like leather. He also comes with a grappling hook gun that he can hold in his hand.
Posted by Buzz Chuck at 10:14 PM