This weeks installment of Action Figure Adventures is one of the most exciting episodes in the series. The heroes have been trapped for too long. Scarlett, Barbeque, and Clutch are bored as usual and desperate to escape their current prison. 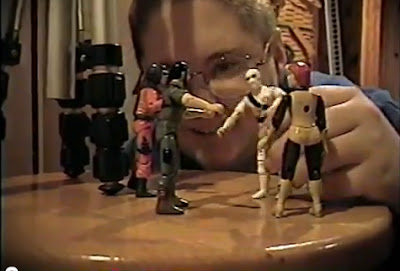 After a flashback of their life before they were brought to the dorm room they kick developing escape plans into high gear. Lady Jaye presenters her fool proof plan to a group of heroes. It's nice to see all the factions working together. We've got GI Joe, Star Wars,  Superheroes, and Ninja Turtles trying to make this work. 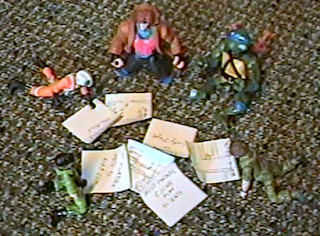 Eventually another GI Joe, Outback, steps forward with his plan to "Ride the Giant". Another promising idea, but how will they know if it works? 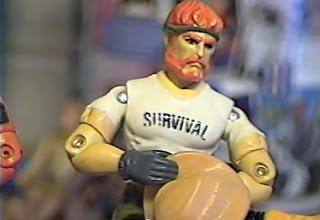 Chuckles' crazy adventures in the ceiling continue again this time calling on the help of some Star Wars robots to help. He wasn't around in the dorm room to see how unhelpful the droids were to Han Solo and Luke Skywalker when they were trying to hack the bad guys' computer. 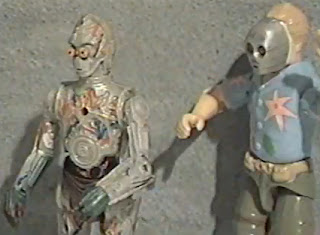