TMNT Snow globe without the globe

One year for my birthday I got a Teenage Mutant Ninja Tutles pencil taped to the outside of a wrapped present. The art on the pencil was pretty standard looking cartoon art, but all the turtles has red masks. At the time I didn't really understand this, later I learned of their comic origins. Instead of an eraser the pencil has a little snow globe that contained Michelangelo and glitter.

I had it for years and eventually the water all evaporated. So in middle school or high school I decided to crack it open and take a better look at the miniature TMNT inside. I've had him ever since in a box of miniature toys that could be used as "action figures" for toys in stop motion animations. 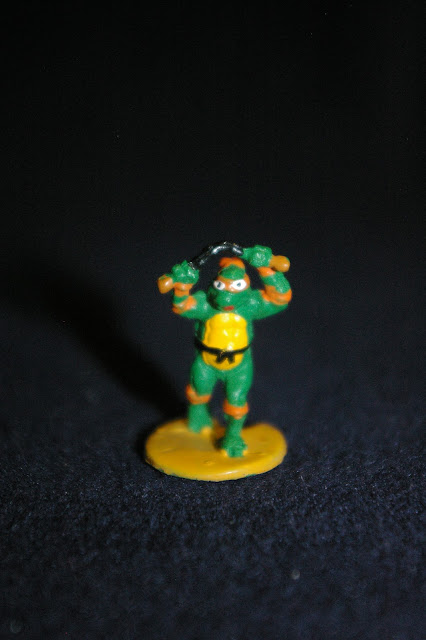 You can see him is the promo shot here for our animated series Animation Creation along with many other small toys.
Posted by Buzz Chuck at 11:49 PM