Today's post in an Animated Review of the Asgardian figure from the Mortal Clash line.I saw this guy on Zoloworld.com and thought he looked kind of cool. I originally didn't really know anything about the toy line. I have since found out it's based on a Manga and Anime series that is not called Mortal Clash. Some times the series is refereed to as Saint Seiya or Knights of the Zodiac. 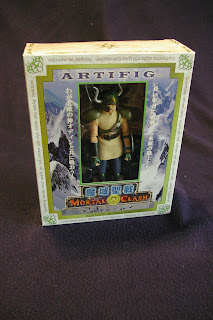 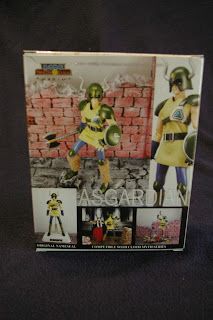 The Asgardian figure came in a plastic tray inside a window box. The back of the box featured nice photographs of the action figure inside. 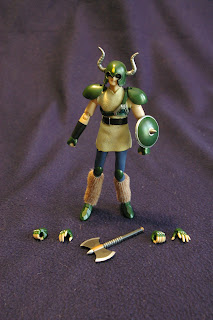 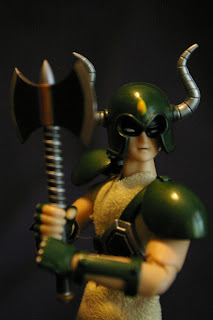 The Asgardian comes with three sets of hands, ax, shield, and helmet. 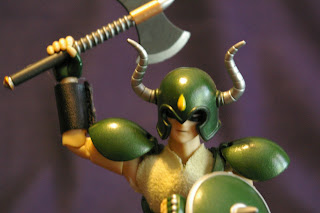 The guardians of the North European God, ODIN. The Asgardian soldier is always ready to fight with Athena and the Saints! - I still don't understand this statement. Maybe I need to see the show. Why are Norse warriors fighting for a Greek Goddess?