Usually I get these episodes posted first thing Saturday morning, but I was so busy reading stuff online about new toys revealed at SDCC that I didn't get to work on the blog right away. Then the mail came and I got some fun packages. Then my buddy Dave wanted to get lunch at the Trenton Farmers Market in NJ, so now it's afternoon.

Anyway, this is the 7th episode out of 8 total! Everyone involved in this project has waited so long for the release of the series, and now we only have one more week before the entire show has been released. Let me just say that this is probably my favorite episode.

In the first episode Robin inspired the heroes to find a way to freedom. Since then they have tried escaping via the window,  the drop ceiling, the stairs, the trash shoot, and by riding the giant. The heroes are getting desperate. Scoop and Barbeque turn to Sgt Slaughter hoping he can whip the heroes into shape and come up with a new plan. 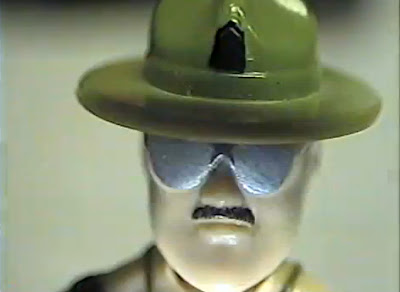 At the same time Chuckles who has been through some crazy adventures in the ceiling gets a break. He stumbles across a concert and gets a chance to just enjoy being where he is for a change. Nobody knows how to throw a party like a Kenner Vintage Star Wars party. 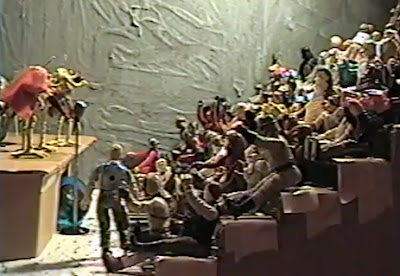