Flogg, the leader of the Evil Space Mutants has finally arrived as a Masters of the Universe Classics figure. He turned out great. Flogg is a weird purple skinned reptile like alien. He's dressed in red and silver armor with a helmet and large boots. Flogg is armed with his Sidewinder Laser Whip, or a space fishing pole depending on how you look at it. 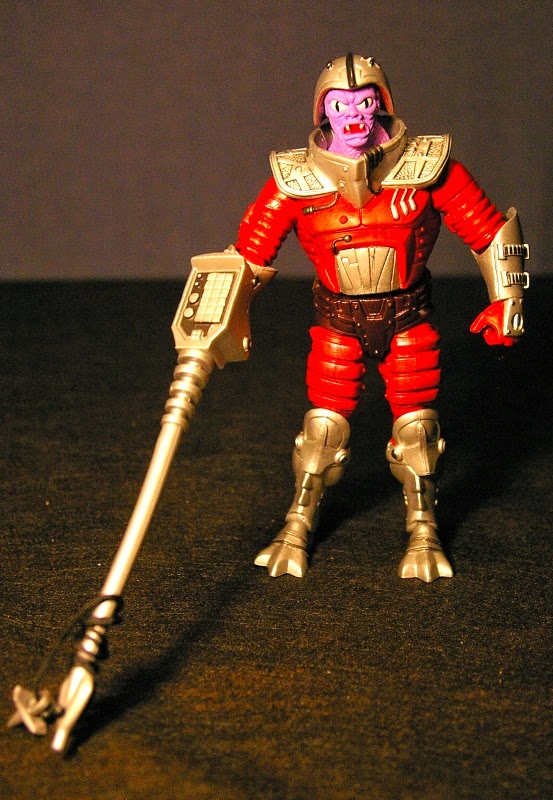 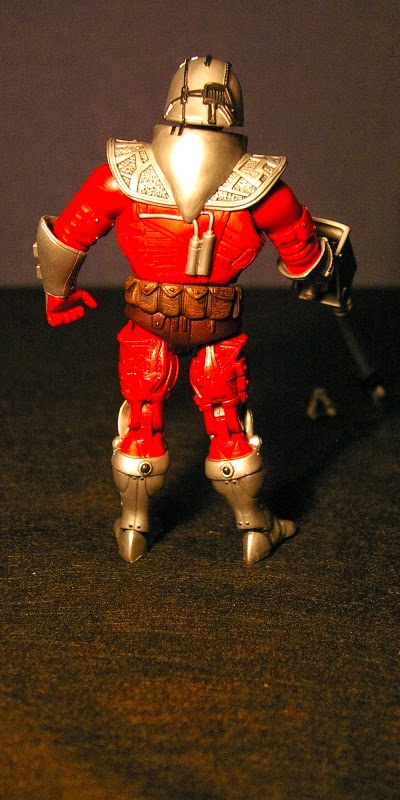 I think the whip made more sense with his vintage figure that included an action feature. It's a fitting accessory, but kind of lame for a Classics figure.  I understand they have to address safety concerns, but a little black rope is not threatening. 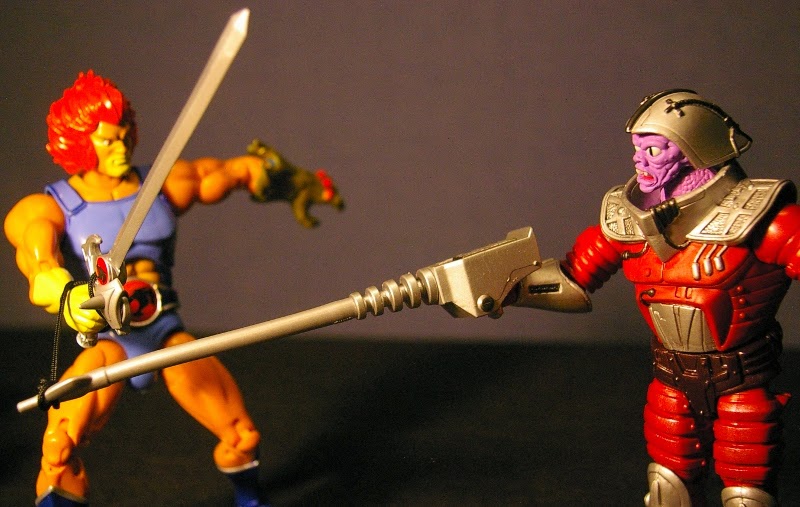 Flogg comes with an additional accessory, but it's not for him. It's a Power Sword for He-Man based on the Filmation cartoon. Why this weapon came with a New Adventures of He-Man figure we may never know. They just did a Filmation mini-sub but didn't include it with any of those figures. 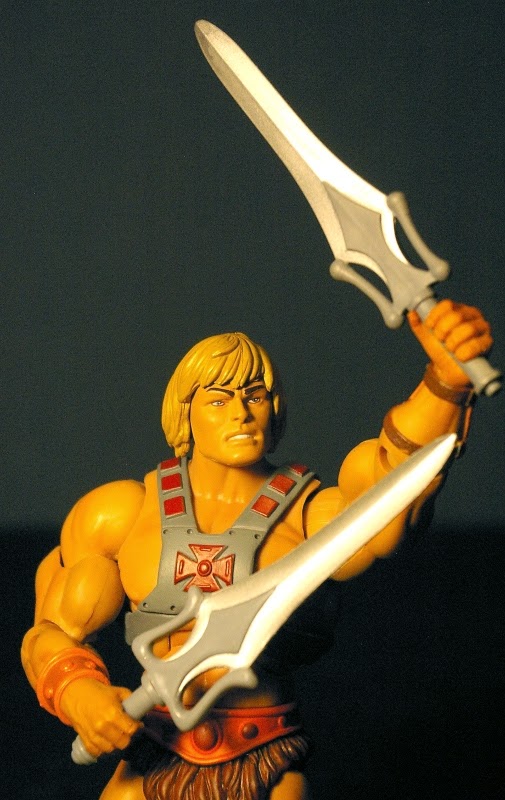 Flogg has given up on JDate, and is now literally fishing for a date. 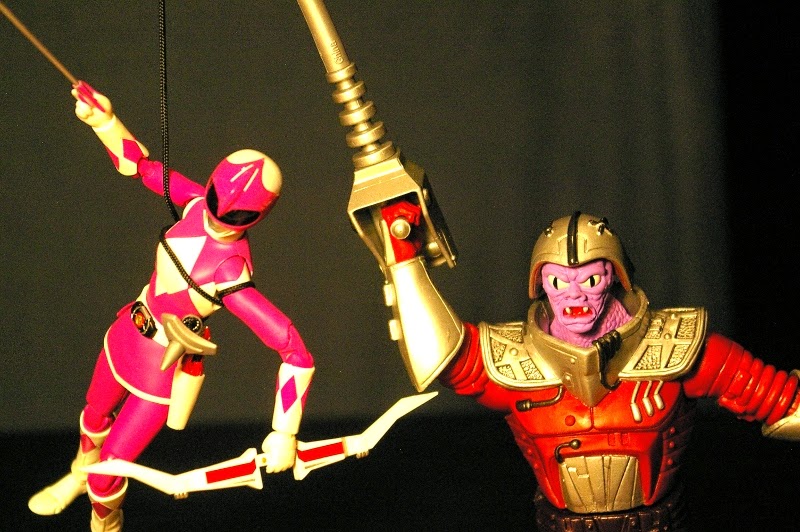