So all week I have been posting about my experience and treasures from Retro Con. Today I'm focusing on Goal 2 Part B.

Towards the end of the Masters of the Universe line there where several characters released that needed minimal new tooling to create. There was some sort of a problem at Mattel and they needed to get new toys on the shelves fast and so they made a wave of new characters that were almost repaints.

Clamp Champ is a standard He-Man body with a new head and repainted Fisto armor. He came with an all new clamp weapon that he could use to capture bad guys with. He's nothing really special, but he did add a little more ethnic diversity to Eternia. 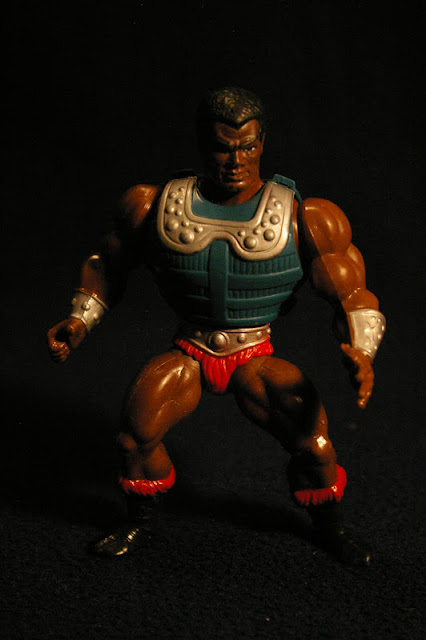 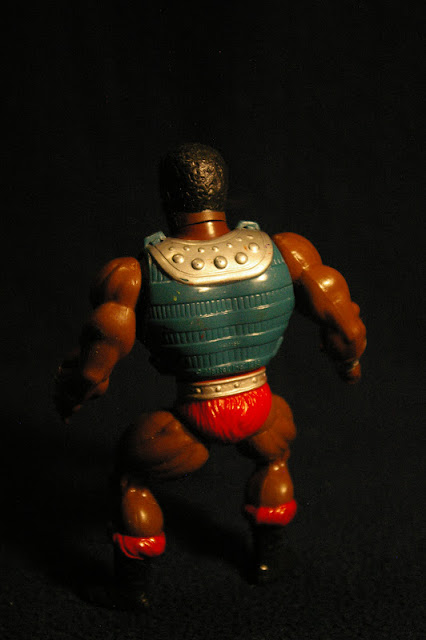 Clamp Champ will be released as a MOTUC figure in 2013. The background story for Classics, told in the bios on the back of the packages has Clamp Champ take over the job of Man-At-Arms after Duncan (the "original") Man-At-Arms dies.

Also at Retro Con I picked up the remains of a MOTUC custom figure project. I got various Eternian Guard and Man-At-Arms parts in a bag. I assume someone was combining parts to make a more Filmation cartoon version of MAA. 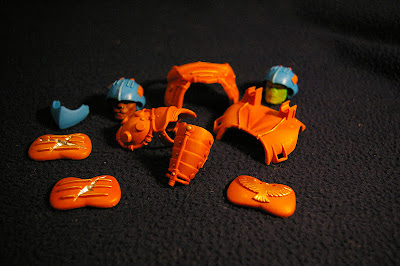 Out of the bag of parts I assembled this guy... three guesses who I'm pretending he is... 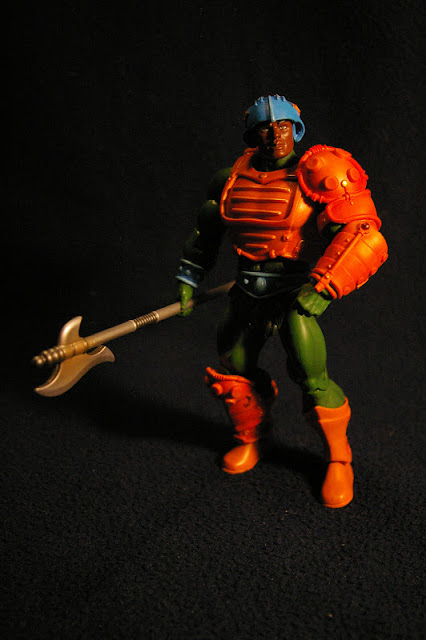 Oh you got it on the first try! He's Clamp Champ once he takes over the role of Man-At-Arms. I may take one of the battle damaged plates and customize it into a unique plate for my Clamp Champ-At-Arms. Toy Guru from Mattel said that MAA's outfit is not a set uniform for the job, but I like to think that it is, since it matches the guards that work under him.Were the Four Horseman thinking about this when they sculpted this face as one of the alternative heads for the Guard  2-Pack? 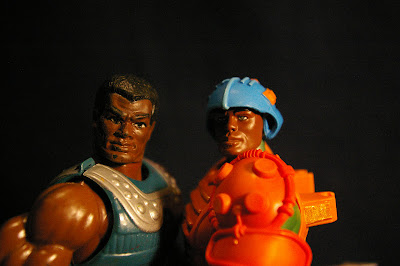 Just for the purpose of comparison I tried to cobble together armor for the vintage figure from the extra accessories from the bag I bought at the show.. 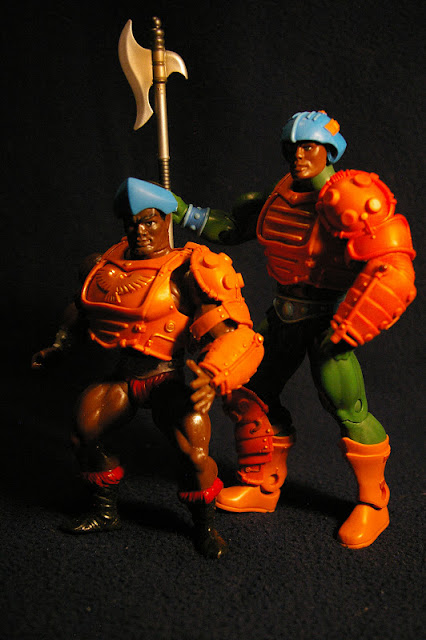