Today's post features three Jurassic Park Dinosaurs. They all feature the JP logo somewhere on them. The first two are hard plastic figures with no articulation. The third dinosaur is made of a rubbery plastic and has a wire running down his neck and tail. He's one of  those bendy toys that can be posed. When I was in 5th and 6th grade I was really into Legos and had a medieval "Lego Land" in my basement. I also had a little city next to it made out of shoe boxes based on the book Dinotopia. I picked up lots of dinosaurs at the time at yard sales to populate Dinotopia along with some Lego people and other human mini-figs. 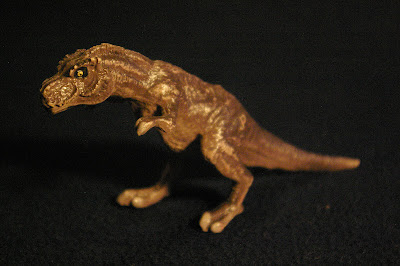 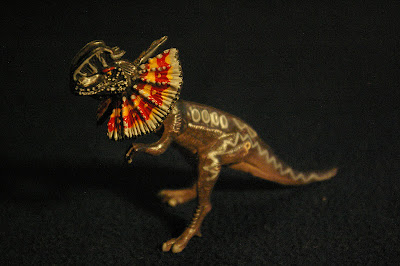 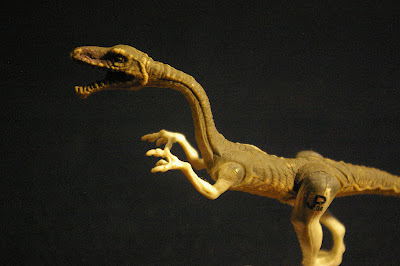 The final Dinosaur pictured here was actually an accessory that came with the only Jurassic Park action figure I owned as a kid. The figure of Alan Grant from the first JP movie came with a spring-loaded net launcher weapon that could be used to snatch this guy out of the sky. Very Dion Riders-ish. 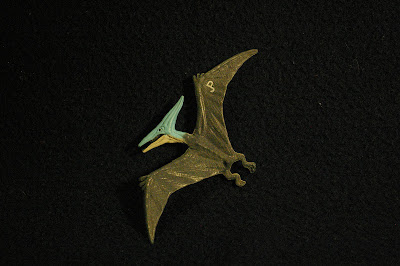