So, I had an awesome time at Retro Con this weekend. Rose and Tony did a great job putting the event together. I had fun talking to some of the guests and bought a bunch of toys. Just to recap, the goals I set for Retro Con were...

I am happy to report that I was successful on all accounts.

I'm not a big video game guy, so I skipped the Nerd. I talked to the Thundercats voice actors and got an autograph from Peter and Gerrianne. I have Larry's autograph from another show put on by Zoloworld. After that I went and talked to Mark Bellomo who has written quite a few awesome toy books. I picked up a copy of Totally Tubular '80s Toys and had it autographed. I also brought with me and got signed the 1st and 2nd edition of The Ultimate Guide to GI Joes 1982-1994 and Transformers: Identification and Price Guide.

Mark's table ended up being next to my buddy Paul's table so I actually got to talk to him off and on all day as well as listen to him talk to other people about toys. He was really cool. I will be posting a review of Totally Tubular 80's Toys as soon as I get a chance to read it. Mark's GI Joe guide is just referred to as "The Book" when Paul and I are discussing toys. It's a must have for any Joe collector. The same goes for the Transformer book, but it's hard to find.

Mark bought a ton of toys at the show. He's a toy collecting machine.

Here are some pictures from the show. 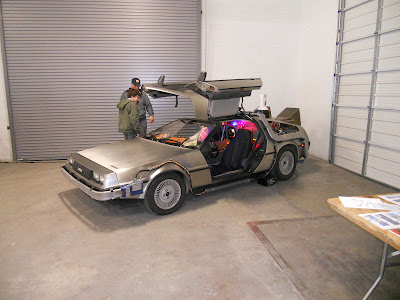 Back to the Future DeLorean Time Machine 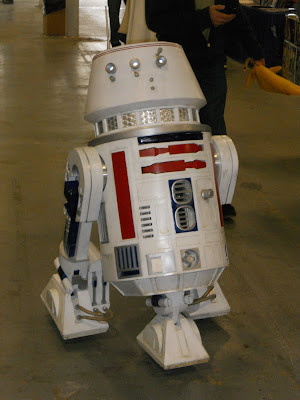 Remote Controlled R5-D4 -> a real hit with the kids 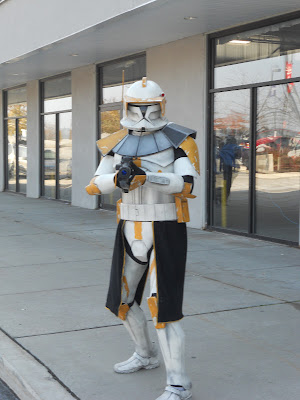 Clone Trooper outside the Expo Center 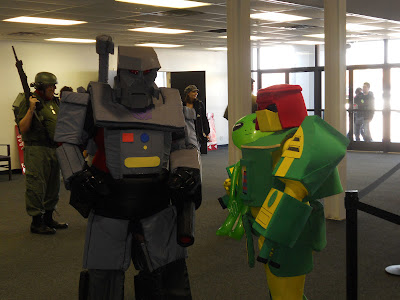 Transformers Megatron and Cosmos... Breaker from GI Joe is in the background 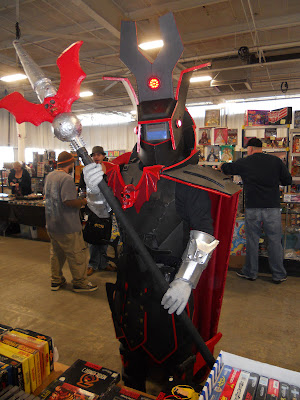 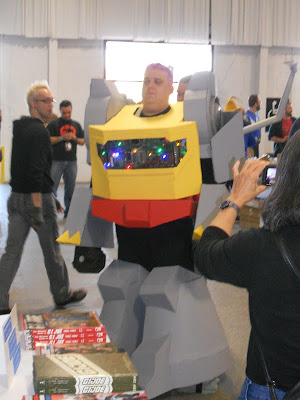 Dinobot Grimlock in Robot Mode (without his helmet on) 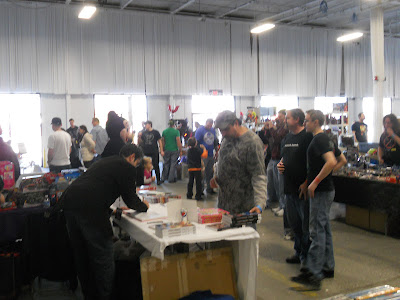 Shot of the show floor 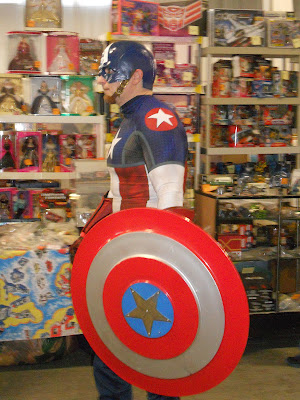 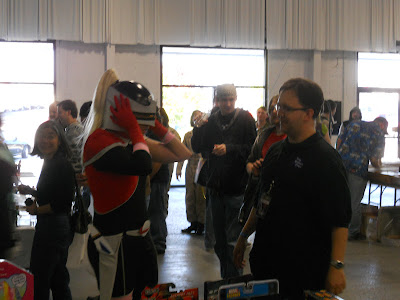