I love the RAM Motor Cycle.  The original version was one of the first GI Joe toys I ever had. For the 25th Anniversary Hasbro updated the classic bike. After GI Joe: Ride of Cobra was out of theaters and the toy line was fading out a series of vehicles slated for Target was cancelled. So of these vehicle and driver sets ended up at Ross and other discount stores. I hunted and hunted for a tan RAM, but couldn't find one.

Last weekend at Retro Con I saw one at a vendor's table for $5. It was bagged up with Sand Storm. 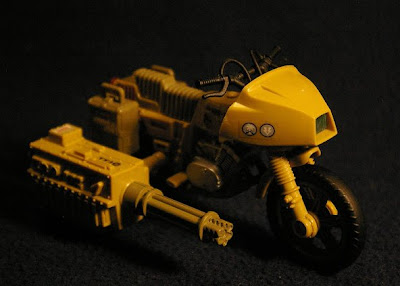 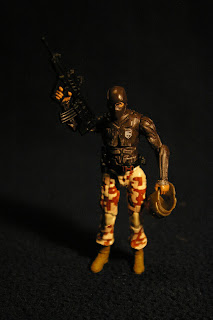 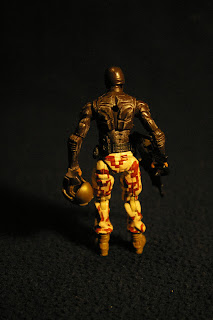 Sand Storm is made up of all reused parts from the GI Joe movie toy line. I kind of like the figure and love the fact that I created a custom figure years earlier with the same name for my Desert Assault Squad. He has a helmet and rifle. 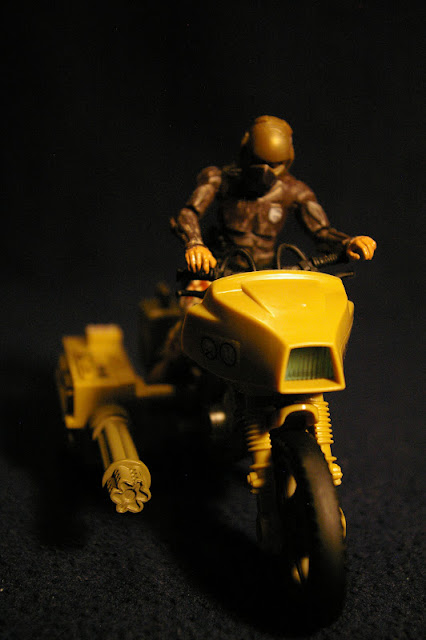 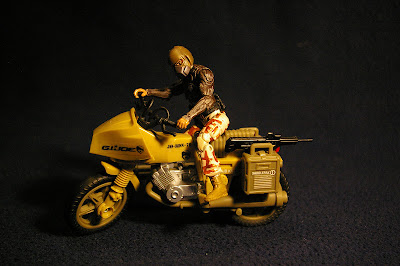 This toy was most likely owned by a collector previously, it included the instructions and file card. 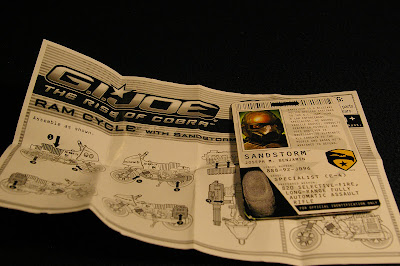 One of the really cool features of the updated RAM is that the saddle bag open and can be used to store items. The small pistol that comes with the bike was even still inside the bag. 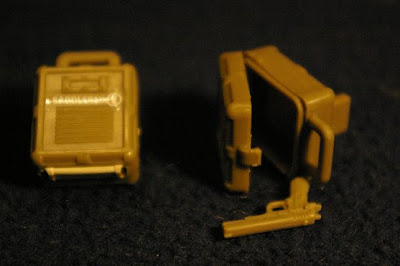