In 1992 when Kenner released their Batman Returns toy line they reused many old Super Powers molds instead of sculpting new toys. Unfortunately this resulted in toys that were not movie accurate in anyway. On the other hand this did give us some nice repaints of classic figures. 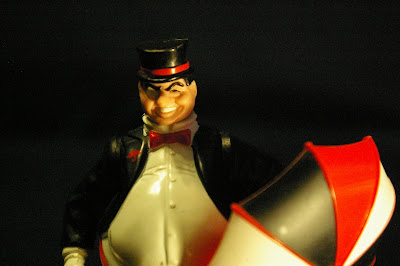 I actually picked this guy up at an in-class flea market when I was in elementary school. We used to get reward bucks for things and could buy prizes with them. At the end of the year we did this flea market thing to use up the left over bucks. 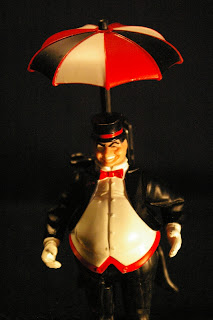 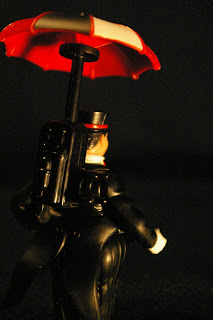 The Penguin has a really nice black and white tuxedo with some red highlights. He even has a little red umbrella on his lapel. He comes with a spring-loaded launcher that can be clipped on his back or arm that launches an umbrella missile.