Extendar is an lesser know Masters of the Universe characters that was released towards the end of the line.. He is a cyborg who can extend sections of his body so he can tower over his enemies. I recently picked him up along with Clamp Champ and Mosquitor from the same toy seller at Retro Con. The funny thing is that I went to a toy convention and ended up buying some toys from a toy reseller that is local to me and I already know.  I got a good deal on the figures because I've done a lot of business with this guy before. I actually bought my GI Joe aircraft carrier from him. 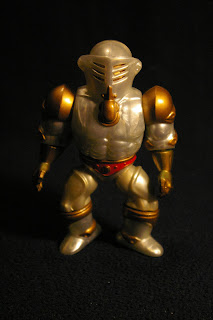 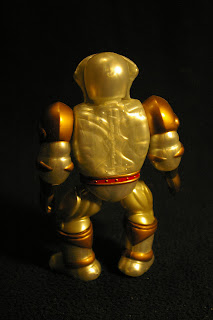 Extendar looks like a knight in a suit of armor. Neither one of his hands can "hold" accessories, although he originally came with an extending red sheild that can clip on his arm. Extendar's arms, legs, neck, and waist can all extend. 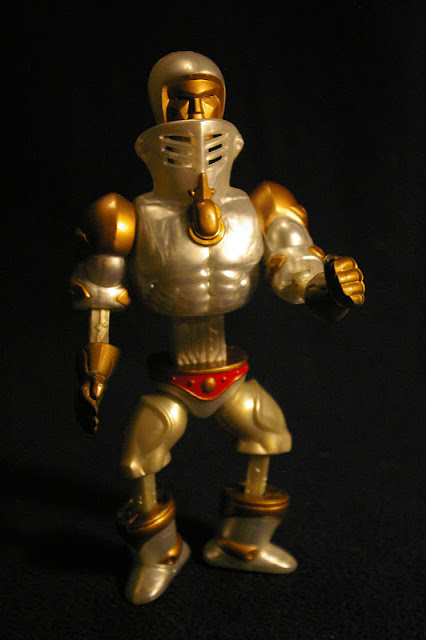 At one point in time I thought that Extendar was African-Eternian. I had only seen small photos of him and could tell he didn't have white skin, but I couldn't tell that his "skin" was metallic. I also used to think he had silver armor, but it's actually a marbleized white. He's a pretty cool figure. I never really was interested in him, and obviously never even researched the figure. I had a lot of misconceptions about him. Now I'm excited for them to eventually make a MOTUClassics version of him. 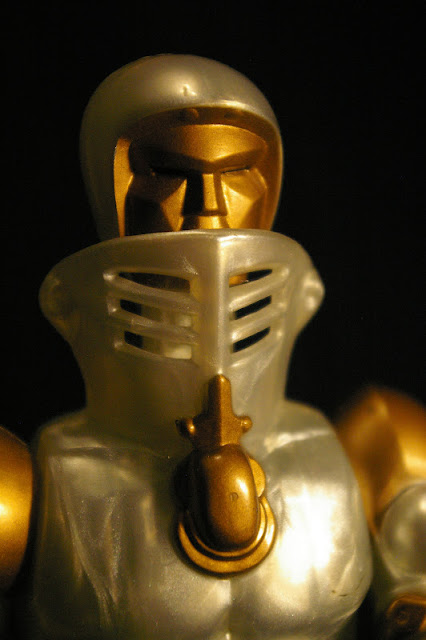