Professor X is a very important character in the Marvel Universe, but perhaps not the most exciting action figure. In the 90's during the height of the X-Men crazy Toybiz made a decent Professor X figure and still managed to make him kind of cool. 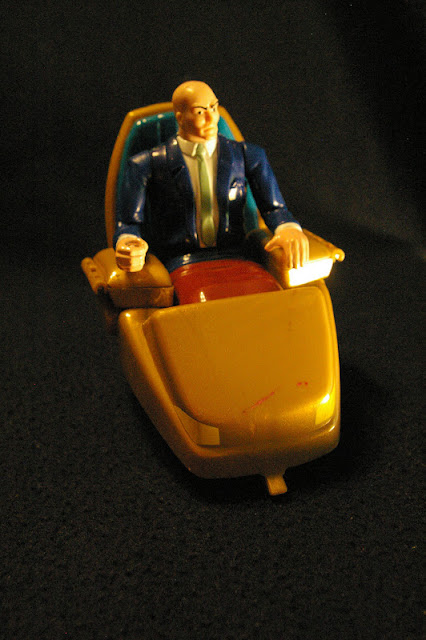 Charles Xavier is permanently attached to his hover chair, but has articulation at the waist, elbows, shoulders, and neck.  The armrests of his hover chair also open to reveal little computer screens. The figure is a good likeness to his appearance in the 90's comics and cartoon series. The toy features nice paint apps, although mine has a red scuff on the front of the chair from rubbing against another figure in storage many years ago. I also liked that his one hand is sculpted open unlike most of the Toybiz hands that were fists with a hole in them for accessories. 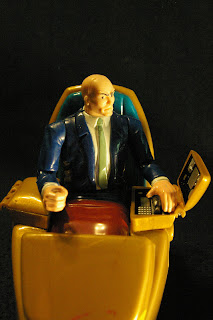