I'm still posting stuff from Retro Con, but I'm going to stop numbering the posts related to the show. I've been seeing talk about a new toy book by author Mark Bellomo online. I knew he was going to be at Retro Con as a quest and took a few of his books with me to get signed. While I was there I listened to him talk about his new book as he flipped though it with some fellow toy fans. Totally Tubular 80s Toys is giant flash back to the pop culture of the 80's. The book has a little introduction to each year and then goes into more detail about the various toy lines from that year. Then each year is wrapped up with a little review of the top TV shows and movies from that year. The book is well put together and could serve as a text book of the decade. 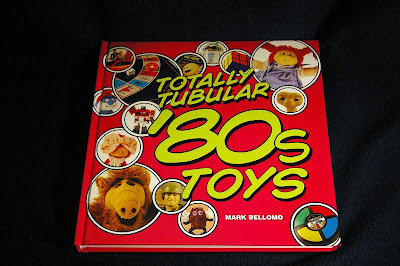 Naturally I enjoy the sections on Star Wars, GI Joe, He-Man and TMNT the most. I'm also very happy to see Transformers, Thundercats, SilverHawks, Robocop, Volton and dozens of other toy lines I still love today. There are also some toys in there I never had or barley remember. Most toy lines get one or two pages. A few of the heavy hitters get more. This is not a complete guide to many of the lines, although some of the smaller lines are showed completely. TT80T gives a good over view of the toy lines. In  the section on 1982, GI Joe in the 3 3/4" format is discussed and pictured. This section represents the entirety of the toy line so it pictures toys from though out the lines history in the 80s. 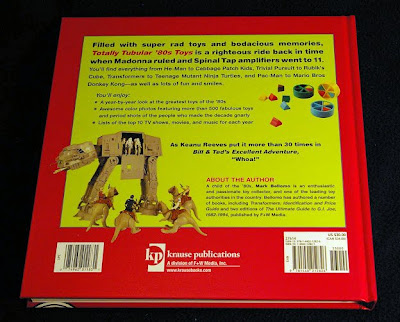 The book features tons of great photographs of various toys in their package as well as loose. the photos of the toys are also accompanied by images from the cartoons and movies that supported or spawned many of the toy lines from the 80s. I really enjoyed reading this book. It is also impressive to know that every toy photographed in the book comes from Mark Bellomo's personal collection. The only thing I didn't like/agree with in the book was that He-Man & The Masters of the Universe is listed under 1981. I'm not sure where that date comes from. 2012 is the 30th Anniversary of He-Man cementing that the line debuted in 1982. I'm not sure if this is a mistake or if it's based on a development date. 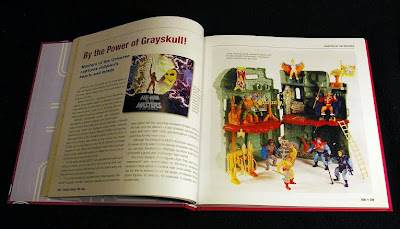 Mark was very cool to talk to and was kind enough to sign copies of all of his books that I brought with me or bought from him that day. His table was next to my buddy Paul's table and so when I wasn't hanging out with Paul or helping him keep an eye on his tables of retro video games I was talking with Mark about toys. I was wearing a Pixel Dan "Comparison Time" t-shirt at Retro Con in case anyone is trying to figure out what he's talking about in the autograph. 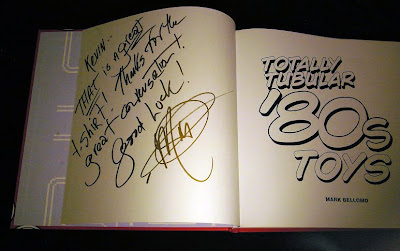 Some of the other great Mark Bellomo books in my collection include the 1st and 2nd editions of The Ultimate Guide to GI Joe 1982-1994 and Transformers Identification and Price Guide. I actually have two copies of the 1st edition of the GI Joe book. The one copy has little notes and check marks in it about my GI Joe collection, while the other copy is kept pristine. 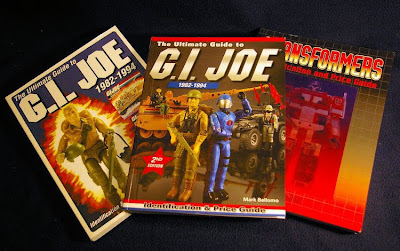