Well, it's been a little while since Retro Con.  I was looking around that the photos they posted on their Facebook page, and I had to laugh a little. My third goal was to spend time with my buddy Paul and his family. There were set up as vendors at the show. We actually showed up in several photos. 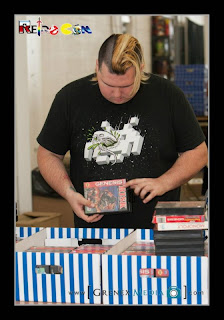 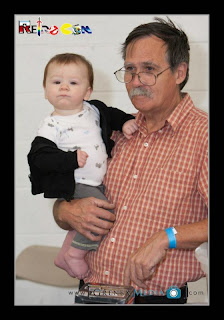 Left: Paul sorting video games that he had for sale.
Right: Paul's son Vincent being held by his Grandfather, Joe. 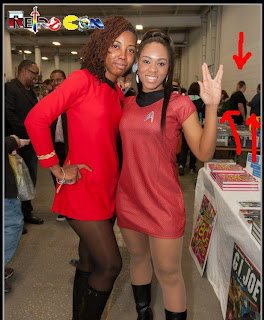 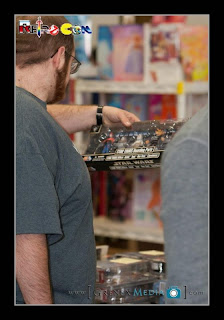 Left: You can just barley see Heather, Paul, and Myself behind the Trekies
Right: There's me looking at a pack of Star Wars - Star Tours toys 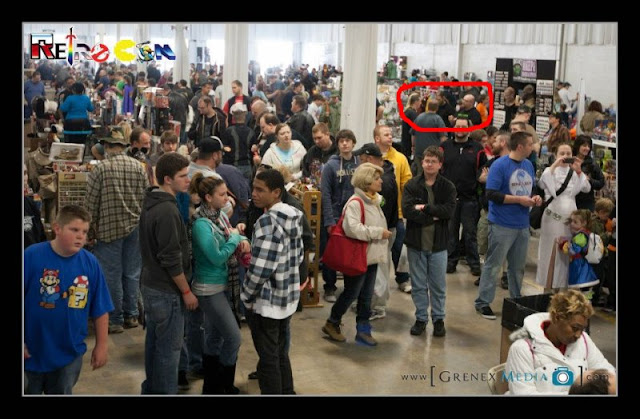 Paul and I talking to the guy from Delia's Make-Up. He was apply Zombie effects to his hand while we talk to him. I sat at the same table as him at Paul & Heather's wedding, but his name has slipped my mind. 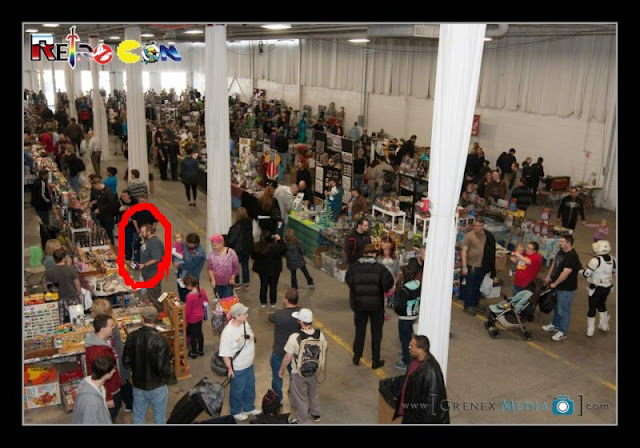 I previously posted a similar shot, this was taken as I was buying my MOTU T-Rex.
The final two photos are pictures I took of Cos-Players that I thought were funny. 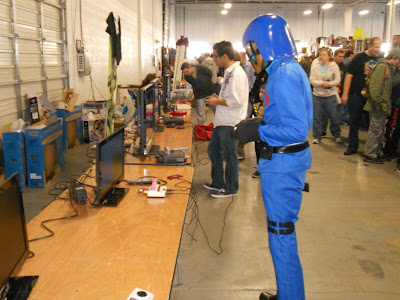 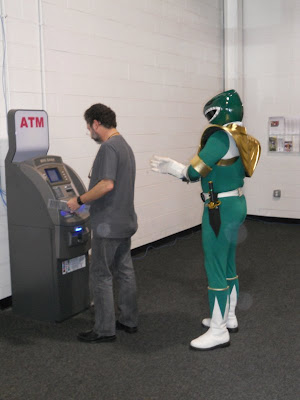 The Green Ranger is a little short on cash.