Well there certainly were a lot of people in costumes at Retro Con this year. I didn't take pictures of even half of the people dressed up as all sorts of characters. Many were very clearly homemade while others appeared to be extremely professional. There was a 501st Star Wars group as well as a GI Joe costume club set up in the lobby of the convention. 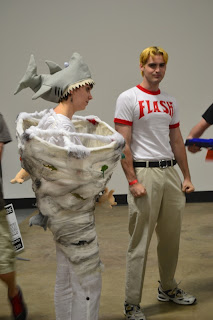 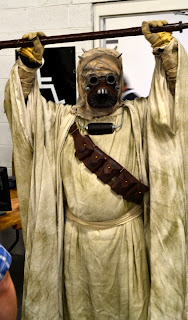 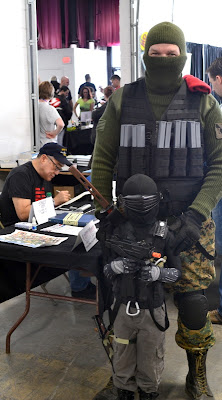 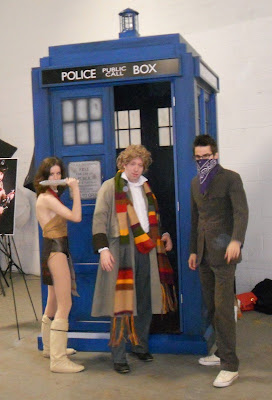 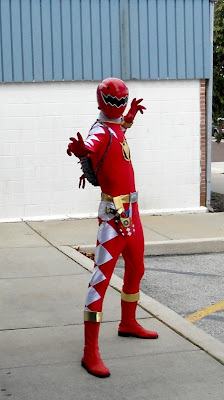 Dr. Who Characters and a Red Power Ranger 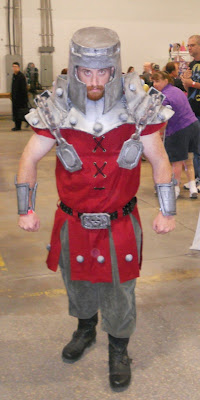 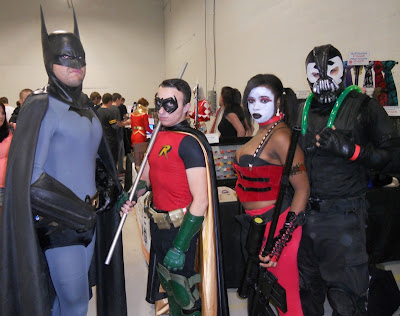 Batman, Robin, Harley, and Bane
Posted by Buzz Chuck at 6:15 AM