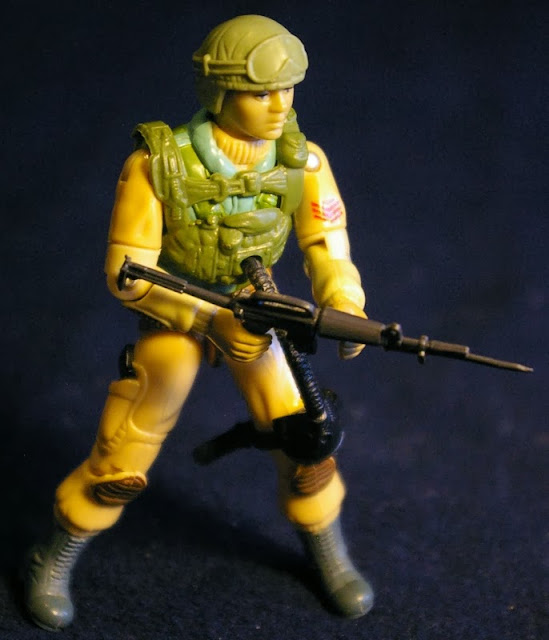 Airborne is armed with a green helmet with goggles sculpted on, a gun with a bayonet, and tan backpack with a shovel and bedroll sculpted. These pictures show his wearing Ripcord's green parachute and black gas mask. I had several extra parachutes, and since I think of him as paratrooper I equip him differently. I'm not sure why I didn't snap a picture of him without it on. 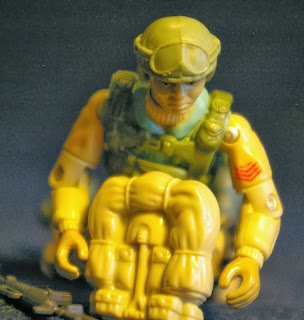