Master Splinter was part of the original wave of Teenage Mutant Ninja Turtles. He was the man mutated into a rat that taught the turtles to be ninja teens. He's also a radical rat. He is a large brown rat figure with some  sculpted on cloth wrappings on his tail and feet. He came with a soft goods maroon outfit and plastic black bet. He was armed with a bow & arrow (not pictured) and a cane that contained a hidden blade. 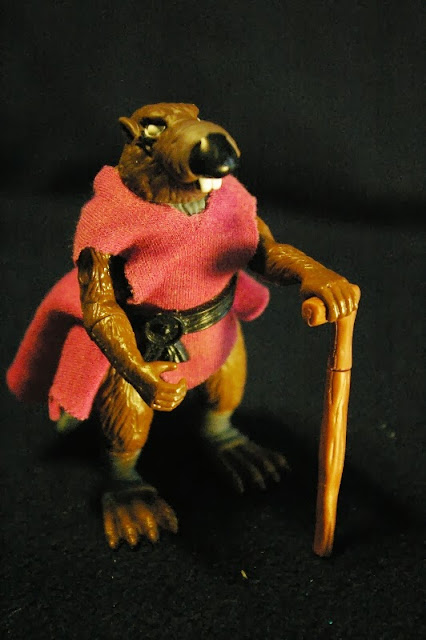 I always though Splinter was a really nicely done figure. I liked the fact that his arms were not as bulky as most of the other characters from the line. He also didn't have the squatting stance that the other figures had. His sculpt is very different from his cartoon appearance. His face was different  in the eye and ears and his outfit was more of a robe.
Posted by Buzz Chuck at 9:52 PM