As part of the Filmation mini subscription offered by Matty Collector this year we finally have an action figure of Sea Hawk. This pirate turned Great Rebellion sympathizer was one of the coolest reoccurring male guest characters in the She-Ra show. Sea Hawk has his own flying ship and a crew of pirates that helped him smuggle goods and later fight the Evil Horde. 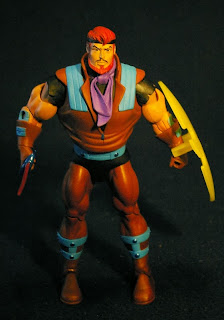 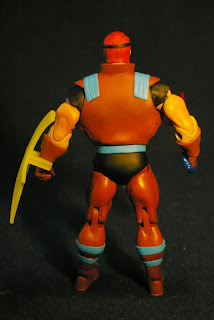 I can't help but think of the GI Joe Dreadnok Zandar whenever I see this guy.  His hair and ascot reminds me of Zandar's hair and scarf. He's dressed in a brown outfit with bright blue highlights. 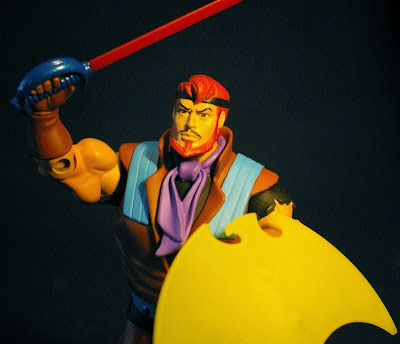 Sea Hawk is armed with a laser sword and shield. They are both made out of translucent plastic and were weapons he used in an episode of the cartoon that told Sea Hawk's back story. 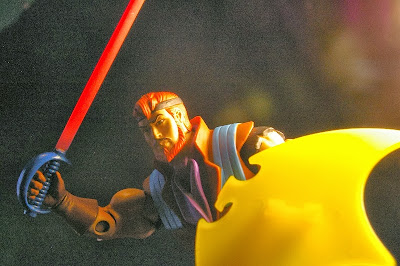 Sea Hawk is very friendly with Adora, while he enjoys fighting alongside She-Ra. He's romantic relationship is the reverse of Bow who is friends with Adora and in love with She-Ra. As a kid I would have loved a Sea Hawk for the vintage He-Man line. 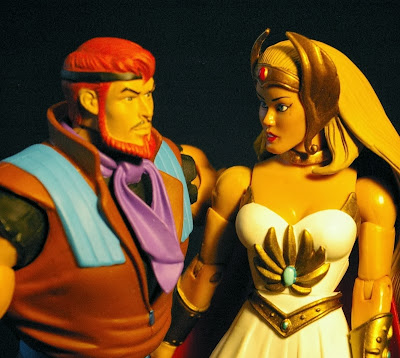