Orko was my most desired vintage figure as a kid. He was in every episode... that made him important. For some reason I never got Orko. I was happy to have this one join my collection since I started collecting MOTU again as an adult. His character design is a little odd in toy form. Orko has all his important elements like his hat, scarf, shirt, and big eyes. Unfortunately his proportions are kind of off from his appearance in the cartoon. 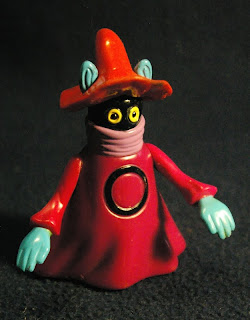 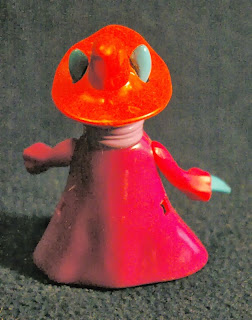 Orko originally came with a plastic rip cord that when pulled though his body made his spin around on any smooth surface. He also came with a yellow dish with coins. The coins had images of other MOTU characters on them and was supposed to be some sort of magic trick. Orko's main accessory is his removable hat. He looks really strange without it. 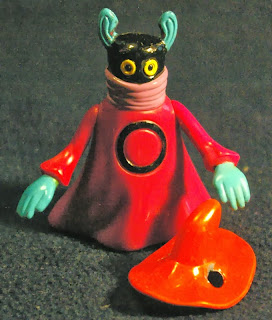