To go along with the first Wolverine movie, Hasbro produced toys based on both the movie and the comic book series. The year the movie came out a buddy of mine got me two of the figures for my birthday. I was pretty excited to receive Weapon X because I had the Toy Biz version in the 90's and really liked him. 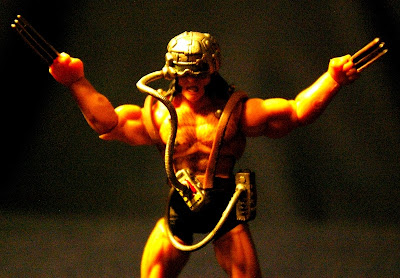 Weapon X is the secret government program that created Wolverine, Sabertooth and many other crazy super mutants. Weapon X is also the name Logan aka Wolverine went by for a while after the experiments were conducted on him that gave him his adamantium bones and claws. 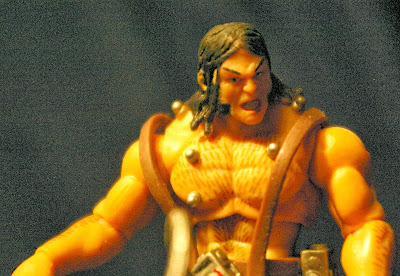 Weapon X has a very angry head sculpt featuring matted down hair. His chest has several electrodes sculpted on it. Both hands have his claws extended and this guy is ready to tear his way out of a top secret government instillation. 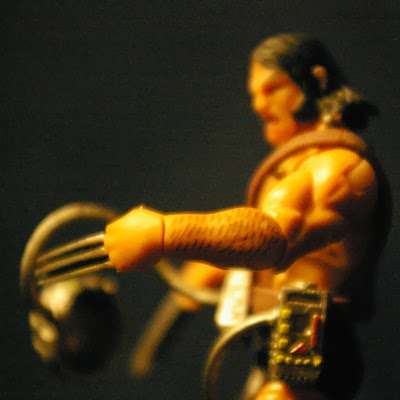 One of my favorite details on the 4" figure is his arm hair. It's a small detail, but really helps capture the look of the character. Weapon X comes with a belt, helmet, and shackles. 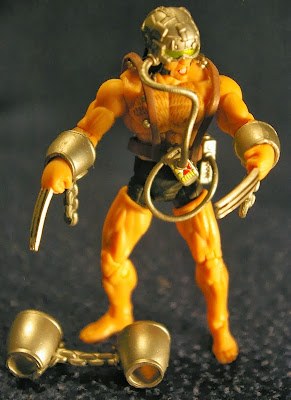