Recently there was a post about this Sea King Rescue Helicopter on Toyriffic. Eric posted about a set of tan army men he bought off Amazon and the tan helicopter that was part of the set. I was so excited to see the set because the Sea King is one of the numerous names that the Sikorsky S-61 Helicopter goes by. Depending on if it is a civilian model or what branch of the military the helicopter is from changes it's name. The company my Dad works for, Carson Helicopters, specializes in S-61 helicopters. So right away, I ordered a green set for myself and a tan set for my Dad. I try to get him some sort of S-61 toy each year for Christmas. 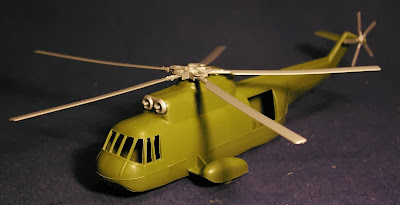 Along with the awesome, yet simplistic, toy helicopter the set came with a bunch of little army men. The army men seem to be pretty much the classic sculpts from my childhood. There is the crawling guy, the crouching guy, the grenade guy, the guy with a flamethrower, and the guy with a metal detector plus some others. 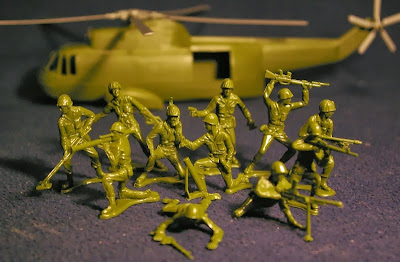 There is a little door open on the side of the helicopter. The machine gunner guy can fit in the doorway. Some of the Helicopters fixed up by the company my Dad works for are being used by the State Department in Afghanistan. A guy I went to high school with who worked with my Dad for a while, gave up his job to go to work as a door gunner for these helicopters in Afghanistan. We all lovingly call him Meat Head and he's an ex-marine. 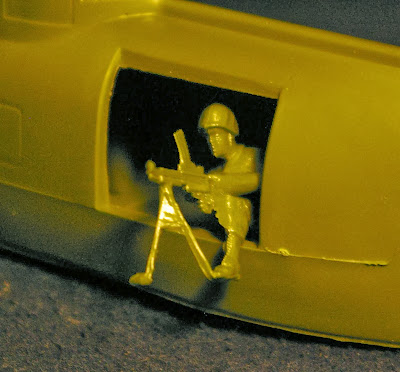 Here's another shot of some of the army men. The set made by Tim Mee included duplicates of many of the figures.

I'm finishing off this post with some actual photos of S-61 Helicopters I took over the three summers I worked at Carson Helicopters. I had a great time working there, but it was just a job while we were off of school during the Summer. Now I actually work for the School District I teach at over the Summer. 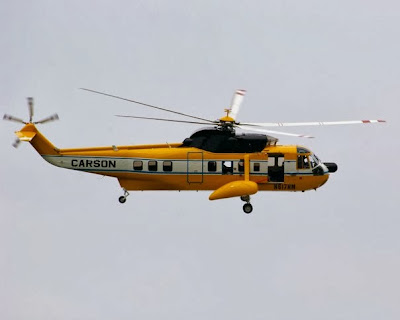 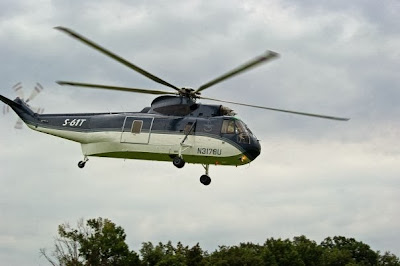 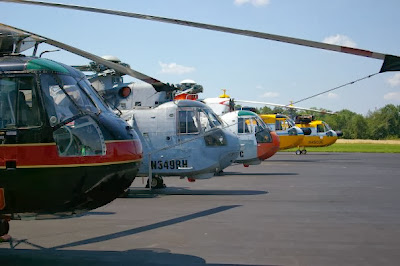