Clutch is one of two "Tan" GI Joe repaints of original characters released as vehicle drivers. Clutch came with the VAMP II. He is a complete repaint of his v1.5 figure. Clutch came with one accessory, his tan helmet. I really like the tan figures and wish they had made the entire original team in in tan. I've made custom figures of a couple of the other Joes. 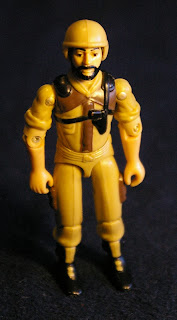 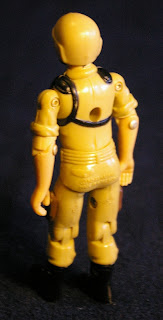 I like to arm Clutch with a tan Grunt backpack and gray M-16, both from early weapon packs. 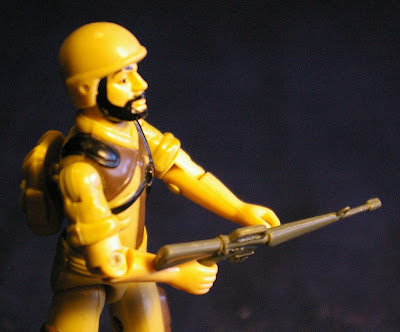 Tan Grunt makes a short appearance in the 8th and final episode of Action Figure Adventures: The Series. He is one of three repaint figures that are used to restart "the giant's" toy collection.
Posted by Buzz Chuck at 11:53 AM