The Rebel Soldier in Hoth Battle Gear was a great vintage army builder figure. He captured the look of the troops in the film perfectly. As a kid I often used him as Hoth Luke until I got the actual figure. There were so many Hoth Playsets, Creatures, and the Survival Gear weapon set with the Hoth Backpacks that gave kids lots of play value. 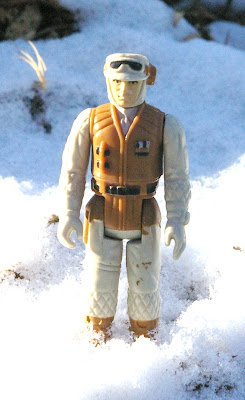 It's a shame these Rebel Soldiers went out on patrol without their Bespin Blasters. I don't know how the Imperial Stormtroopers took them out because it doesn't look like they are carrying their rifles either. Maybe the Stormtroopers in Hoth Gear know judo. 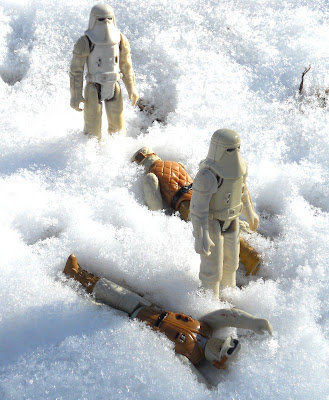