I went to one of my local comic book stores yesterday to pick up a few books and I saw these vinyl figures from the Funko Pop! line and I just had to check them out. He-Man & She-Ra are the first two Funko figures I've ever bought. I wanted to get Alan from the Hangover, but I never saw him anywhere. I've also consider getting Shredder from TMNT because he looks kind of cool. I like the figures, but the Pop! style is so limited in the face that a lot of the characters don't do a lot for me. They all just have the round eyes and little triangle noses. 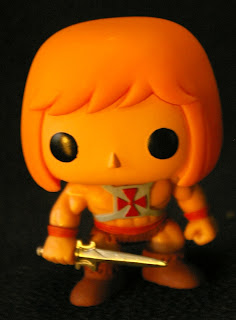 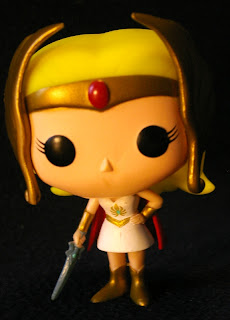 He-Man & She-Ra are both accurate to their Filmation cartoon appearances aside from the Funko styling.  I like that they gave He-Man the darker skin tone and slightly orange hair just like the cartoon. They are each holding their Swords in not so exciting poses. The Pop! figures each only have a single point of articulation at the neck. Allowing them to look left and right. 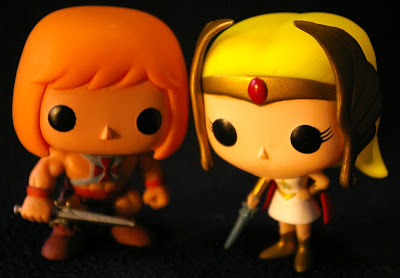 I paid $10.99 a piece for these figures and it makes me feel better about the $12.99 I spent on the GI Joe Blind Bag figures. While the Pop! figures are larger they don't have the articulation and removable weapons that the Joes come with. I'm happy to have He-Man & She-Ra in my collection, but I don't think I'm going to go crazy hunting down the villains. 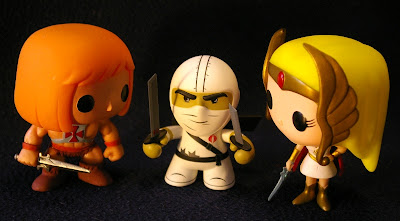