In honor of the news that we are finally getting a Kowl figure in the MOTU Classics line (recently relieved at SDCC 2013) I wanted to post about these cels. I have always been a big fan of animation and the process that goes into it. I had picked up a few cels here and there, but after visiting the Toonseum in Pittsburgh a few years ago I went crazy and my collection has gotten huge.

The first cel today features Kowl a strange little creature who can fly by flapping his ears. Kowl was one of the few characters that knew who She-Ra really was. The new Kowl toy will be mostly yellow because he will match the vintage toy instead of the cartoon show. It appears that this cel is from the  2nd episode of Princess of Power. The episodes is called "Beast Island" and first aired in 1985. 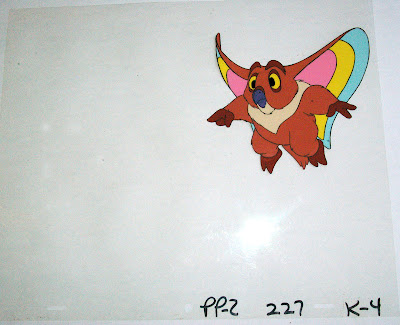 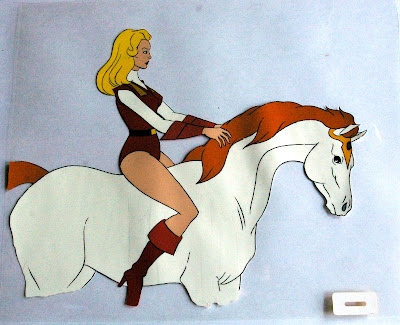 Here are the two cels on top of a real production background from the episode "Loo-Kee Lends a Hand". In the 55th episode of She-Ra: Princess of Power the little character, Loo-Kee, who is hidden in every episode and gives the moral at the end actually was involved with the story. This background shows off the Whispering Woods. I have these three awesome pieces of art framed and hanging in my house as pictured below.