As a kid I had a couple of Beetlejuice action figures. I got them for my Birthday one year and shortly afterwards this toy line disappeared. I enjoyed the movie and cartoon show as a kid. I liked to use my Beetlejuice toys along with my Ghostbusters. Below is Spin Head Beetlejuice. This figure is based on "The Ghost with the Most" as seen in the wedding scene as well as when he steals the "deli number" from the head hunter. Beetlejuice is wearing a maroon tuxedo and includes a head spinning feature activated by the dial on his back. 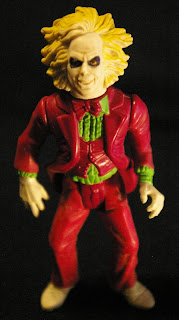 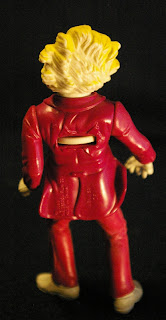 To simulate when Beetlejuice gets his head shrunk by the heat hunter as payback for butting in line, you can remove his head to reveal a mini head. This head can also spin. It's a shame his hair is so matted down in the shrunk version. It's also kind of a shame that his neck looks so odd. The white area under his chin is what allows the other head to snugly attach. 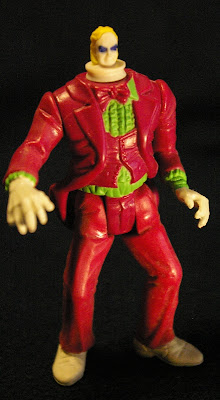